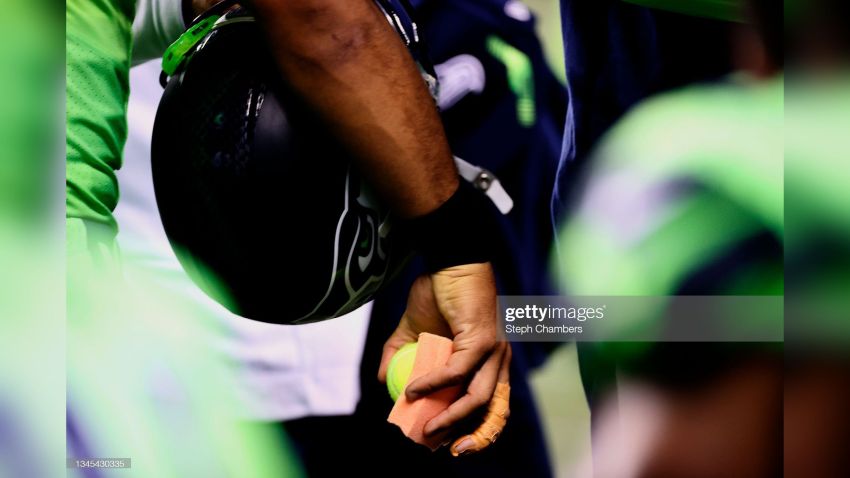 The Pittsburgh Steelers are flailing after losing three consecutive games and sitting 1-3 on the season through four weeks. They could use any break they can get. And they may have gotten one, almost literally, last night.

Seattle Seahawks quarterback Russell Wilson banged his hand on a defender against the Los Angeles Rams during their Thursday Night Football contest, resulting in a finger injury that ultimately required him to leave the game.

Seahawks head coach Pete Carroll acknowledged that Wilson was left with a “badly sprained finger”, and they are still assessing the damage, though perhaps the damage will have been assessed by the time this story runs. But the question is simple.

Will he be available for the Seahawks in their next game? That game just so happens to be at Heinz Field against the Steelers. Seattle does have an extra few days on its side since they are coming off of a Thursday game, and would be due to come into the ‘Burgh for Sunday, October 17, for a night showing.

Wilson suffered what many observers have described as ‘mallet finger’ resulting in the inability to straighten the finger, while completing a throwing motion. He banged his hand against Aaron Donald, leaving the middle finger of his throwing hand looking more like a hook.

According to Dr. David Chao, who goes by ‘Pro Football Doc’, he suspects based on video of the injury that Wilson will likely be heading for surgery to get his finger pinned into place, and would not rule out the veteran quarterback being available for 10/17.

Wilson did return to the game after the injury, but lasted only one series before giving way to his backup, Geno Smith, who went on to complete 10 of 17 pass attempts for 131 yards with a touchdown. Unfortunately, he threw an interception trailing 23-17 with a little over two minutes to play.

Smith, a former second-round draft pick, had only attempted nine passes over the past three years before getting into last night’s contest. He is in his second season as Wilson’s backup. He went 12-19 as a starter, all but one of those games with the New York Jets.

As for Wilson, he has never missed a game in his 10-year career, and that certainly isn’t because he hasn’t been injured. This, however, is probably the injury that has most jeopardized his ability to play during that time.