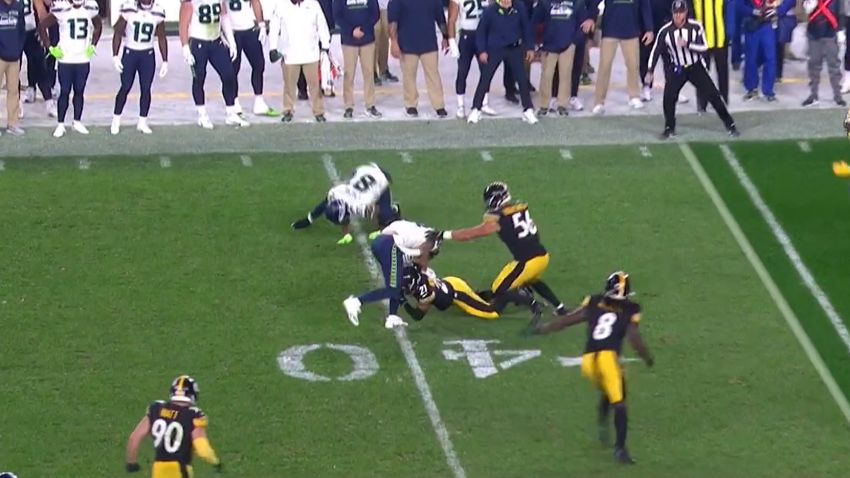 Rookie seventh-round defensive back Tre Norwood has been a topic of conversation for the Pittsburgh Steelers in recent days, which isn’t normally what you would expect for somebody who only played 15 snaps in the team’s last game.

But he made those snaps count, producing three third-down stops in the process, so everybody on the team is being asked about him—and he already went up in front of the media yesterday. Defensive coordinator Keith Butler spoke to reporters earlier today after practice, and was asked about the new additions to the defense’s nickel and dime defenses.

“21 has really come a long way”, he said of Norwood via transcript, referencing the Oklahoma product by his jersey number. “Very smart man. Takes coaching and teaching very well. Tries to do what you ask him to do. I’m glad we got him”.

There were a few things coming out of college that the Steelers really liked about Norwood. It helped that he showed some hands, intercepting five passes in his final collegiate season. But they also liked his versatility to play throughout the secondary, which helped accentuate his football IQ.

He hasn’t had the opportunity to really show off his hands so far in-game, though he did record a few interceptions over the course of the Summer, but he has put those other traits on display. He has spent the majority of his time in the slot, but also has logged several dozen snaps at free safety and in the box, and even a couple on the outside.

The rookie has played 179 defensive snaps on the season to date, but those numbers skew heavily toward the first two games of the year. He logged 68 snaps alone in the season opener, and then another 50 the following week, but he has played just 61 snaps since then, including 15 on Sunday.

The Steelers have been mixing and matching personnel behind their four starters, Minkah Fitzpatrick and Terrell Edmunds at safety, and Joe Haden and Cameron Sutton at cornerback. Also seeing playing time in sub-packages have been second-year James Pierre and veteran Arthur Maulet, who was signed after the draft.

With the Steelers now entering their bye week, the coaching staff will have the opportunity to take stock of what has transpired over the first six weeks of the season, and figure out what has worked and how they can improve things.

Norwood closed out the first stretch of the regular season on a high note; will that help him earn more than 15 snaps per week? Neither Maulet nor Pierre have really done anything to take themselves out of the conversation. While nobody has taken hold of the position outright, they have learned that they have some options, and that’s a good problem to have.