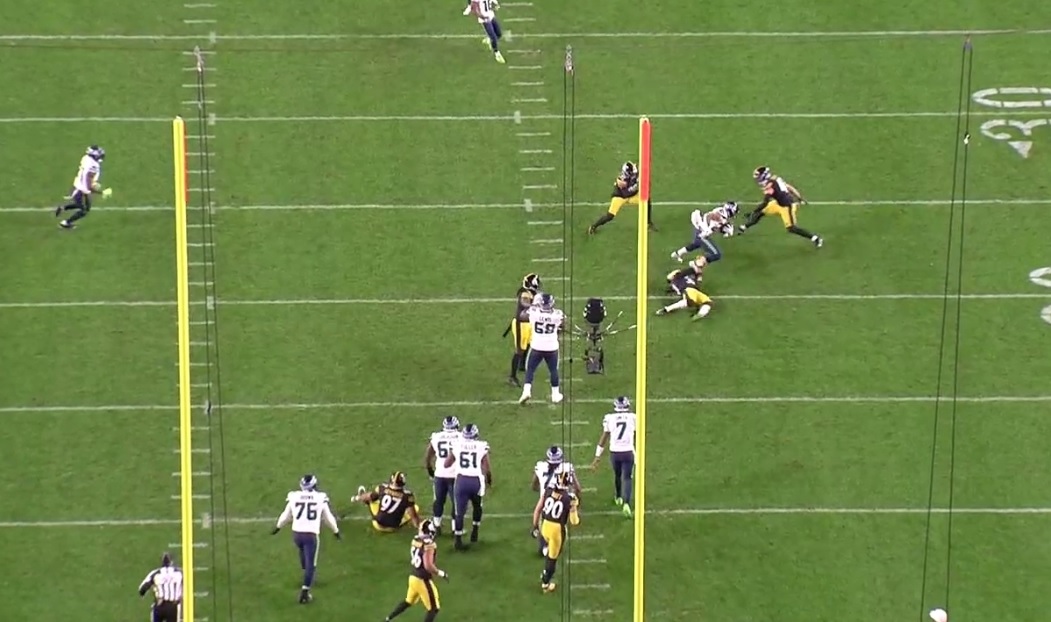 If there’s a guy to learn how to tackle from, it’s from former NFL linebacker Keith Butler. He did a lot of it over the course of his ten-year pro career with the Seattle Seahawks. And he knows the Steelers’ present day group of linebackers…and d-line…and secondary, need to do a better job.

Speaking with reporters Thursday, Keith Butler broke down how he teaches his players to tackle.

“We’ve always tried to teach is to get to the ball and get both hands on,” he told reporters in audio provided by the team. “And if they bring their feet and they get both hands on them, it gives us a better chance to tackle. We dived in there a lot of stuff last week that didn’t help us any. We’ve got to do fundamental things like hit the Popsicle sled, do that every day, where it becomes natural to them. And if they, if they get to the ball  they tag off with two hands, they’ll be in position to make a tackle. ”

Popsicle sled Butler is referring to, by the way, is a one-man sled that looks like this.

Something the Steelers failed to do in Week 6 against Seattle, missing 22 tackles total, 19 of them on defense. If you dare, check out the recap of it in Josh Carney’s missed tackles report.

Butler said the issues were about getting hands on players in the first place. Which means taking the proper angle to the football.

“And I think we got ourselves out of position too much trying to overplay things at times. And you overrun ball carriers when you [miss tackles]. And we did.”

Here’s one such example. On 3rd and 7 in the first half, Geno Smith checked down underneath to RB Travis Homer. Terrell Edmunds was first to reach him and missed the tackle, an example of diving and leaving your feet, but LB Robert Spillane took too harsh of an angle, allowing Homer to spin off and gain the outside corner as he ran down the sideline. 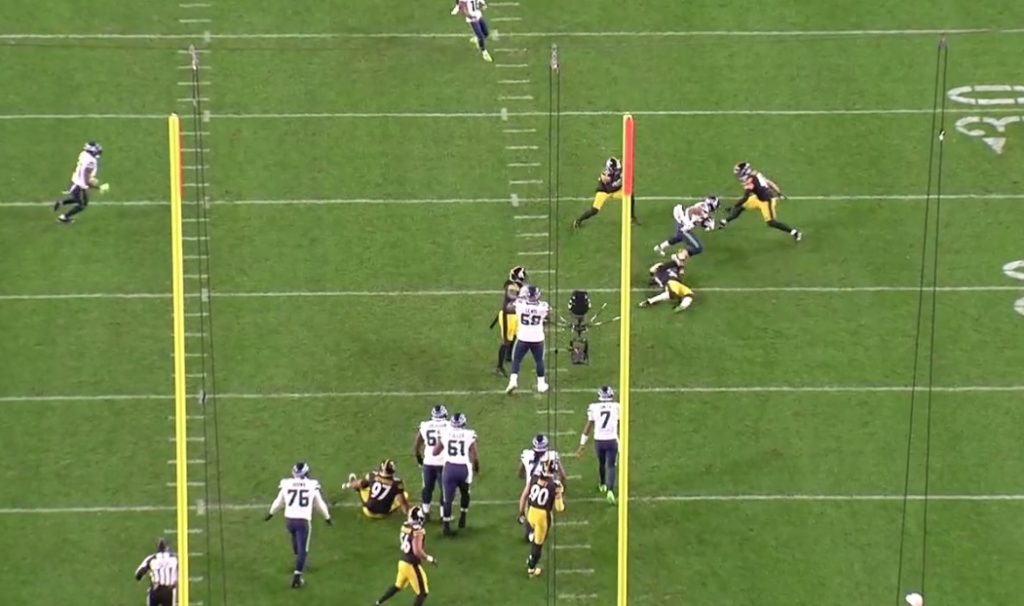 There’s no question it’s hard to judge angles in split-second moments, especially on a player getting spun around, but Spillane lost leverage and the back had the edge. He’s far from the only example but a good one to demonstrate what Butler is talking about.