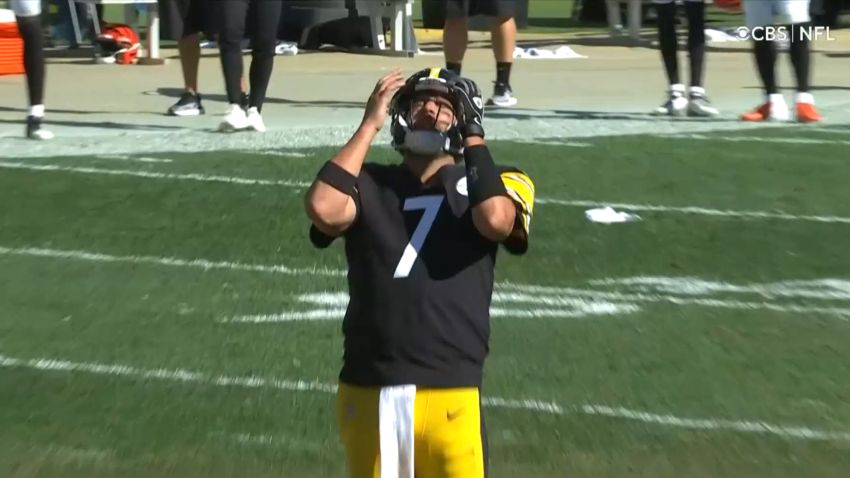 The Steelers have 99 problems but Big Ben ain’t one.

Well, okay, yeah, he is one. But former teammate James Harrison seems to think that Pittsburgh has bigger fish to fry when it comes to figuring out what is wrong with the offense. They have scored just 50 points so far this year through three games, and one of their five touchdowns came off of a blocked punt recovered for a score.

“The biggest thing is we have to figure out what to do with the offensive line and something to do with the offensive play calling”, Harrison said last week in an interview with CBS Sports. “I think they need to either expand it or tighten it down and just get to where, ‘you know what, I’m going to do three or four things extremely well. I don’t care if they know they’re coming, we’re just going to have to figure out how to get it done’”.

There is some truth to that, where if you don’t do anything particularly well, then it’s best to either create more variety and unpredictability, or you better work on mastering a few things. Right now, the Steelers are caught somewhere in the middle, in the process of throwing everything against the wall and seeing what sticks.

“I think it’s not Ben though”, he said, when asked if they should get back to a simpler offense that lets them ride the defense, the way it was earlier in his career. “I think Ben has the knowledge and understanding of a lot of the offense. That’s not the issue. It’s the opposite now”.

“A lot of the guys around him are younger. To go into a no-huddle situation and you only have 10, 12 plays, that’s not really conducive to you having success”, he continued, “where before he was used to probably having 40, 50, maybe 60 different calls in a no-huddle situation. The knowledge gap and trying to get these guys up to speed to where he is is another big thing”.

Even though he has heard all of the criticism of Roethlisberger, much of which he seems to think is misplaced, he says that it doesn’t really bother him. “To be honest with you, it’s not frustrating because I’ve been used to hearing it for the last 15, 20 years”, he said.

“You’ve got every Monday morning coach saying they should have done this or that, but that’s why you’re on the sideline and you’re probably at work drinking your coffee at your cubicle and you’re not coaching or playing football”.

Well, James, that’s certainly why I’m drinking my tea at my work desk at my home writing about you talking about Roethlisberger.