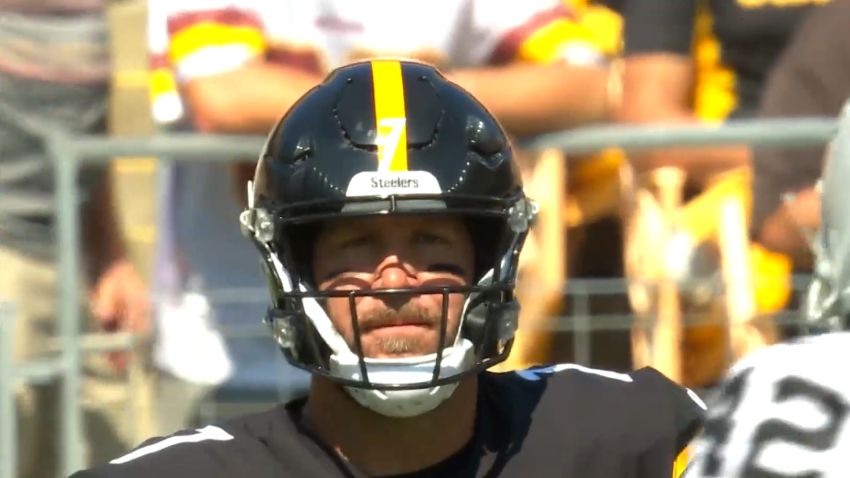 There probably isn’t anyone in that locker room more upset about the Pittsburgh Steelers’ 1-3 start than its quarterback. Ben Roethlisberger is the most competitive guy in that locker room. And for someone who probably realizes this is likely the last year of his Hall of Fame career, he doesn’t want to end it on the sour note it’s trending towards.

Talking with reporters Wednesday, Roethlisberger said he believes he – and the team – can climb out of the hole they’ve dug themselves.

“I know that I can play better football,” he told the media via Steelers.com. “I believe in myself. I know that no matter what’s going on, I’m going to fight my butt off to get a win. And if that’s the way that I need to lead right now, by showing these guys that I’m gonna do everything I can to win a football game, then I’ll keep doing that.”

After each loss, Roethlisberger has been adamant about a “no quit” mentality for him or the rest of the team. Even as things look bleak, a struggling 1-3 squad in an AFC North with a trio of 3-1 teams.

For the Steelers, Roethlisberger must get better. But so does this running game. That was the team’s focus the entire offseason bringing in a brand new offensive line, coaching staff, and running back. The results haven’t been better. In fact, they’ve been worse though the ground game finally started showing signs of life in Sunday’s loss to Green Bay.

On the outside, it may sound like the Steelers’ season is over. But Roethlisberger is approaching things with a never-day-die mentality.

“We just want to show guys, and it’s the exact same thing I’ve been telling you. We’re not going to panic and we’re just going to go get ready for a challenge this week.”

This weekend’s challenge will come in the form of a 3-1 Denver Broncos team. Statistically, one of the league’s best defenses through the first month of the season, though they’ve faced teams like the Giants, Jaguars, and Jets. Of course, the Steelers have barely been better than those offenses, the numbers say that’s the company they’re keeping, and Pittsburgh will have to deal with the likes of studs like Von Miller and Justin Simmons on Sunday.