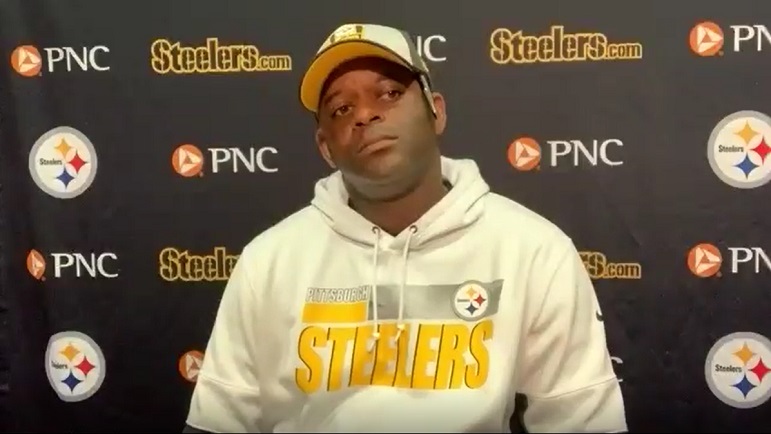 The Pittsburgh Steelers’ wide receiver room is experiencing a bit of a transition right now. With veteran JuJu Smith-Schuster out for the rest of the season due to a shoulder injury, the others in the room are trying to find their new place in the pecking order.

Diontae Johnson and Chase Claypool are the starters, of course, though things appear to be a bit more complicated as far as James Washington and Ray-Ray McCloud are concerned. Cody White is also on the 53-man roster, while they have experienced players on the practice squad with David Sims and Anthony Miller.

“Oh, you’ve got me tooting my own horn, now”, he said with some embarrassment last week when he was asked how he can rely upon his own experiences to help this young wide receiver room work through the transition they’re now experiencing.

“I was fortunate enough to be a starter for eight years, and I became a three when I got down to Tampa”, he said, “so taking the cape off on third downs was a little bit different for me when I got to Tampa, but I understood, I knew my role”.

Johnson is only in his third season, and Claypool in his second, so there is still plenty for these top guys to learn, even if they have found some tangible success in the NFL already. They’ll now by taking on even more responsibility, and Hilliard embraces the challenge of providing the needed guidance.

“The beauty of this opportunity for me is that I’m blessed enough to have this job and be in the game as long as I have, so for my little brothers, as I call them, in the room, I can easily lean on experience”, he said. “I think I’ve been through just about everything there is to go through. I’ve been fortunate enough to play 12 years, having eight surgeries, being a starter, being a backup”.

“We talk a lot about situational football, and to kind of give them a resource, personal resource”, he added. “Every situation has just about been covered. They’re well-educated, well-prepared. Mentally, it’s always a process, because every guy thinks they’re the guy, they want to be the guy”.

The biggest question is really what Washington’s role is going to be. Hilliard in the same interview took the blame on himself for the fourth-year pro’s lack of snaps in last week’s game, the first since Smith-Schuster’s injury, so it will be telling how things look coming out of the bye week.