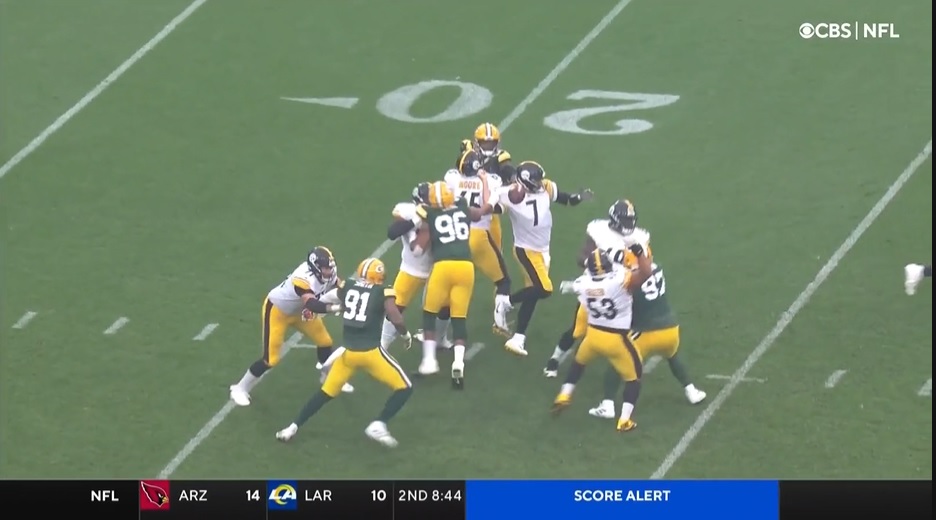 Mike Tomlin believes Ben Roethlisberger can improve his decision-making, his accuracy, his technique, and ultimately his performance.

The one thing he can’t fix? Those 87-year old grandpa legs he’s moving around on.

During his Tuesday press conference, Tomlin was asked if Roethlisberger’s issues are fixable and jokingly took a jab at Roethlisberger’s, uh, limited athleticism these days.

“Everything except mobility,” Tomlin quipped in response via the team’s YouTube channel. That, I don’t have an answer for that or lack thereof. Man, Ben used to be able to run really good when he was young. Those days are behind him.”

At 39 years old and one of the most sacked quarterbacks of all-time, Tomlin’s answer isn’t surprising and was more tongue-in-cheek than anything else. Tomlin become the Steelers’ head coach when Roethlisberger was a spry 25-year old. The days of backyard and sandlot Ben, running around with defenders hanging on and falling off of him. Moments like this, a 2010 run on 3rd and 18 to convert against the Bills (one play after getting his ankle severely twisted, no less).

Those are the types of plays he’s not capable of making anymore. Which is understandable but behind a brand new offensive line experiencing their own struggles, Roethlisberger has taken a beating over the team’s first four games. Earlier today, I posted a compilation of some of the hard hits he’s absorbed already, ones that are even worse than this slow-mo cut-up.

It’s already led to a beat-up Roethlisberger less than one-quarter into the season, dealing with pec, hip, and probably other issues that haven’t been reported, the general “hurt” NFL players power through.

Tomlin said any technical tweaks will be corrected by QBs coach Mike Sullivan.

“No question that is a Coach Sullivan task along with Ben. Positional coaches really focus on technical aspects of play, and they analyze that continually whether or not he’s playing well or he isn’t. That’s just a component of play. Skill development s big at any position but doubly so at the quarterback position. Positional coaches, regardless of position, spend a great deal of their time working with and dealing with the aspects of technical play or skill development with guys that they work with,”

After Sunday’s loss, Roethlisberger said he was guilty of dropping his elbow too often, leading to an unusual amount of inaccuracy.