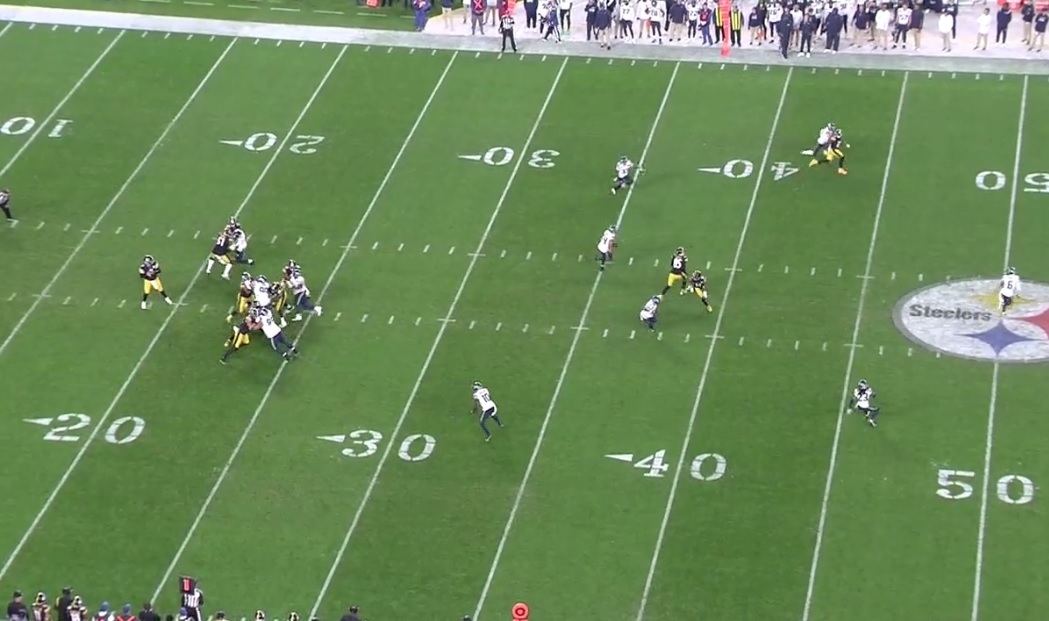 One last film room from the Seahawks’ game for the week. Focusing on the Seattle game but I’m using it to illustrate a concept the Pittsburgh Steelers are probably going to run again and again the rest of the season. Twice in Week 6, the team ran a Yankee Concept, a common NFL scheme that normally consists of two routes. Two deep crossing routes that overlap each other, a leverage/man-beater.

But the Steelers added one extra wrinkle with it. A clearout route by #1 to try and force the corner and/or safety to carry vertical in the hopes of opening up the crossers. Here’s how it looks. 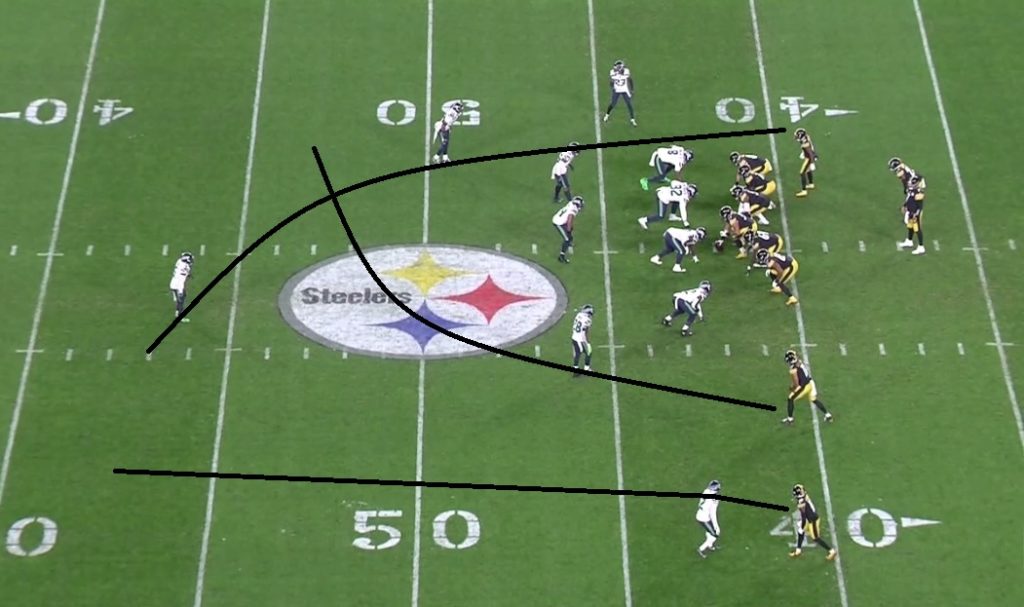 Both of these plays came on 1st and 10 in Steelers’ territory. Here’s the first example of it. Herr, Roethlisberger actually takes the deep shot to Diontae Johnson, 1v1 with the corner with the post safety flat-footed on the crosser. Johnson’s wins his route thanks to a great release and stacks the corner. This would’ve been a catch, potentially a touchdown, had Roethlisberger’s pass not been underthrown.

Next example later in the half. 1st and 10, this time from 12 personnel instead of 11 personnel like the first clip. But it’s the same concept. Eric Ebron and Ray-Ray McCloud run the Yankee, the crossers, with Chase Claypool running the vertical, clearout route.

Credit to Seattle here. They defend all of it well, the crossers and the over, the secondary matching vertical with the linebackers getting depth off playaction. Nothing is able downfield but those vertical routes open up the underneath checkdown for Najee Harris. Roethlisberger hits him and Harris picks up the first down. So the design still has a positive impact of the play.

With the Yankee concept, it’s usually a two-man route with max protection. But the Steelers have made it a three-man combination to stress defenses a little bit more. It didn’t happen against Seattle but at some point this season, I think Pittsburgh hits a chunk play off this concept. If they do, we’ll certainly revisit these plays.