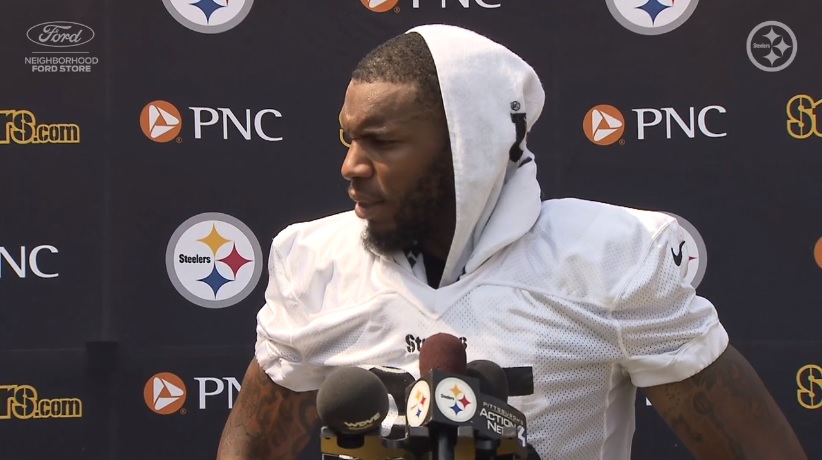 The storyline’s set for Sunday’s game between the Pittsburgh Steelers and Cleveland Browns. It’s been set since the moment the Browns walked off Heinz Field last season as Wild Card winners, upsetting the Steelers in blowout fashion to advance to the next round of the playoffs. The rematch, the chance for Pittsburgh to enact revenge, occurs this weekend, in a game important to both teams at or near .500 in a competitive division.

Ebron was asked about his mentality heading into this week’s game.

“We’ll see them Sunday at 1 O’clock,” Ebron said in a video tweeted out by ESPN’s Brooke Pryor. “They whooped our ass at home. And sent us home. If you can’t get motivated for that, you probably shouldn’t be playing football.”

Eric Ebron on the motivation facing the Browns after losing in the playoffs last year:

“They whooped our ass. At our home. And sent us home. If y’all can’t get motivated for that, you probably shouldn’t be playing football.” pic.twitter.com/fmB2gBj34M

As much as Steelers fans have tried to put it out of their minds, it’s a game no one has forgotten. Cleveland won and fans rightfully gloated about the victory for the entire offseason. No longer were they the little brothers of the AFC North, a team who, sure, might occasionally fight and scrap but always lost out in the end.

Last meeting aside, this is just flat-out an important game for both clubs. Pittsburgh is clawing their way out of a 1-3 start, getting to .500 by their bye week. A win over the Browns would give them their first AFC North victory of the season and put them above .500 for the first time since Week 1. A loss wouldn’t end their season but would dissipate those encouraging signs gained in wins over Denver and Seattle.

The Browns moved to 4-3 last Thursday night with a win over the Broncos. Cleveland earned the victory despite not having QB Baker Mayfield, RBs Nick Chubb and Kareem Hunt, and a beat-up offensive line. The team should get Chubb back this weekend and it appears RT Jack Conklin is on track to play. Hunt will miss this game while Mayfield’s status is unclear. If he can’t play, veteran Case Keenum will earn his second straight start.

For Ebron, his role perked up last week, the first full game without JuJu Smith-Schuster. Ebron had a key, difficult third down catch on a touchdown drive while adding a score of his own, a one-yard jet run around the edge. Pat Freiermuth will be the team’s top receiving tight end threat the rest of the season but Ebron could still carve out a role in this team. And no matter the stat line, one catch or ten of them, Ebron and the Steelers coming away with a victory will be sweet revenge and months in the making.