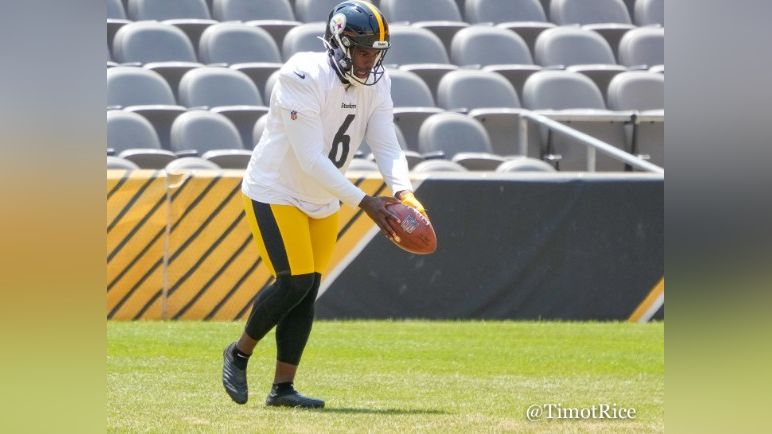 Danny Smith isn’t one to mince words. Thursday, he made two things clear about rookie punter Pressley Harvin III. He loves the guy. And he’s capable of playing better. Smith was asked to evaluate the job Harvin has done four games into his regular season career.

“I love him,” he told reporters via a team transcript. “Am I happy with him? He’s a better player than he’s playing right now. But I love him. This is a talented young man. And I stress young man.”

Harvin’s worst punt came last week, a 20 yard shank that sailed out of bounds. He was under pressure on the punt by a mostly-free rusher but Smith’s standard is higher than that.

“He needs some help in some areas, but he is a very talented young man. And I stress young man.”

As Smith reiterates, Harvin is a rookie and adjusting to life in the NFL. But the margin for error for NFL punters are small and their leash is short. That’s not to say Harvin’s job is currently in any danger, and Smith clearly is trying to frame things with a patient, long-game mindset, but he will have to punt better.

With the Steelers’ offense struggling, the team needs to find every edge in the field position game and support their defense. Opponents are starting drives at their own 33.2 yard line, the second best mark in the league. That number doesn’t fall all on Harvin, moreso turnovers, kick coverage, etc, but anything Harvin can do to improve that number is needed.

The life of a Steelers’ punter doesn’t get easier the later into a year. Pittsburgh’s final three games of the season are at Kansas City, home against Cleveland, and at Baltimore. It’ll be a much different December and January than what Harvin, from Georgia Tech, is used to.