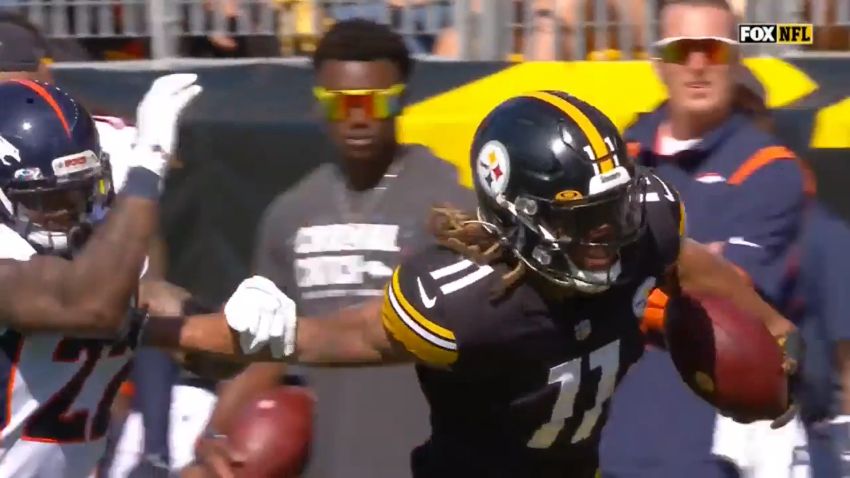 Pittsburgh Steelers wide receiver Chase Claypool has played 48 snaps in the slot this season so far. 16 of those snaps came in the team’s last game, so far the only game they have played since the season-ending injury to their starting slot receiver, JuJu Smith-Schuster.

While coaches and players have touched on numerous options and avenues they might explore in seeking a more long-term answer to their slot position without Smith-Schuster, Claypool seems to invite the opportunity for him to be a big part of the equation. In fact, he doesn’t want to be static.

“I like playing all positions, but especially being able to play multiple positions in the same game. I don’t like being in the same position all game”, he told reporters on Wednesday. “I just feel like you can manipulate a defense. You can put a linebacker on me or if you have a corner, then there’s a linebacker covering one wide receiver. Either way, it’s a safety, linebacker, some type of mismatch somewhere. So if you put me inside, it’s a mismatch”.

Claypool, of course, is 6’4” and 238 pounds at his listed weight—it’s quite possible he plays heavier than that. He’s pretty much a slimmer, faster tight end. And that’s one of the reasons that many believe he might be ideally suited to play that ‘big slot’ role, something Smith-Schuster has done, and even something he did in college.

“I started my sophomore year, my first year starting. I was the slot. That whole year I was the slot”, Claypool said about his college experience playing inside, and noted how Smith-Schuster has already been helping him line up there this year. “He gives me tips and tricks and pointers during practice, and then probably in the game, too, he’ll tell me a little bit what to do”.

According to Pro Football Focus, Claypool has been targeted seven times on the season when aligned out of the slot. He has caught five passes for 102 yards, including his so far lone touchdown on the season. 63 of those yards have come after the catch, and he is averaging 2.83 yards per route run from that alignment.

That’s a very small sample size, of course—literally just a few dozen routes run from a slot position—but it provides a brief glimpse into the potential of just the sorts of things he was discussing about mismatches and how they can be exposed.

Frankly, I can’t think of a good reason that Claypool shouldn’t be playing at least 15-20 snaps out of the slot per game from now through the end of the season, if not substantially more. I understand that you don’t replace a starter with just one player, especially when it involves more moving parts, but there is real potential for exploitation here.