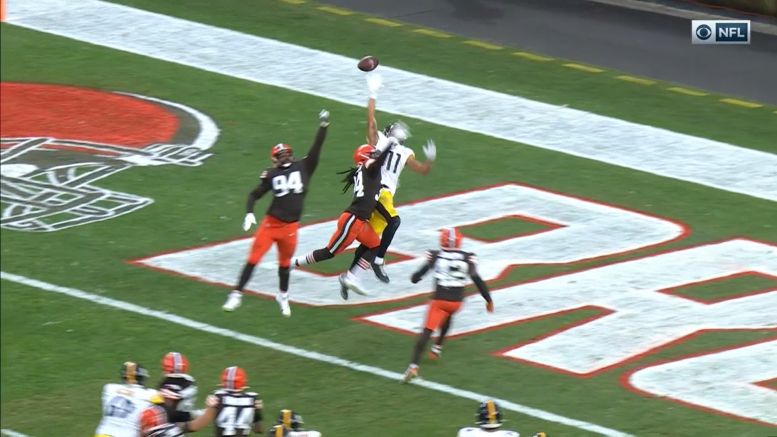 Sunday’s game is a big one for both teams. Yes, it’s a rivalry game between the Cleveland Browns and the Pittsburgh Steelers, and yes, there was perhaps some bad blood last year. And yes, we even seem to be at the crux of what many are viewing as a changing of the guard.

But the bottom line is that this is a game that both teams ‘need’ to win. Both of them have three losses and trail the Baltimore Ravens and the Cincinnati Bengals at the top of the division, both of whom are 5-2. And Cincinnati already has two divisional wins, including one over Pittsburgh.

I think the sobriety of the stakes is at least partly the reason that here has been virtually no rhetoric leading up to this game at all. Both sides understand that this is all business right now. Even players who may have talked a little trash last year are singing a different tune.

“I think we’ll be excited to play them, just because of the rivalry, and just because they’re the team that knocked us out of the playoffs. It’s always fun playing them, and maybe even a little more so this week”, wide receiver Chase Claypool told reporters on Wednesday. “I think they’re a Super Bowl-contending team, and I think we know that, so I think it will be a good couple of games coming up”.

After all, what position can you really take when you’re talking about a team that beat you two weeks in a row—including bouncing you out of the playoffs, as he said? You can’t trash talk a team that took you to the woodshed without dunking on yourself.

Not that the Browns have gotten off to quite the start that they did a year ago, though they have been battling health issues quite extensively since the start of the season, particularly with quarterback Baker Mayfield trying to play through a fairly significant shoulder injury. They’ve also had availability lapses with their top receivers, and their running backs as well.

It remains to be seen how close to full health the Browns might be for Sunday’s contest, though it’s not as though the Steelers have all hands on deck, either, with notable names like JuJu Smith-Schuster, Stephon Tuitt, and Tyson Alualu unavailabale.

And as always, there are a lot of new faces in this rivalry already. The Steelers’ offense and the Browns’ defense, in particular, saw a lot of turnover from a year ago, and these players are experiencing the AFC North rivalry firsthand for the very first time. They don’t carry that bad blood, merely the respect.