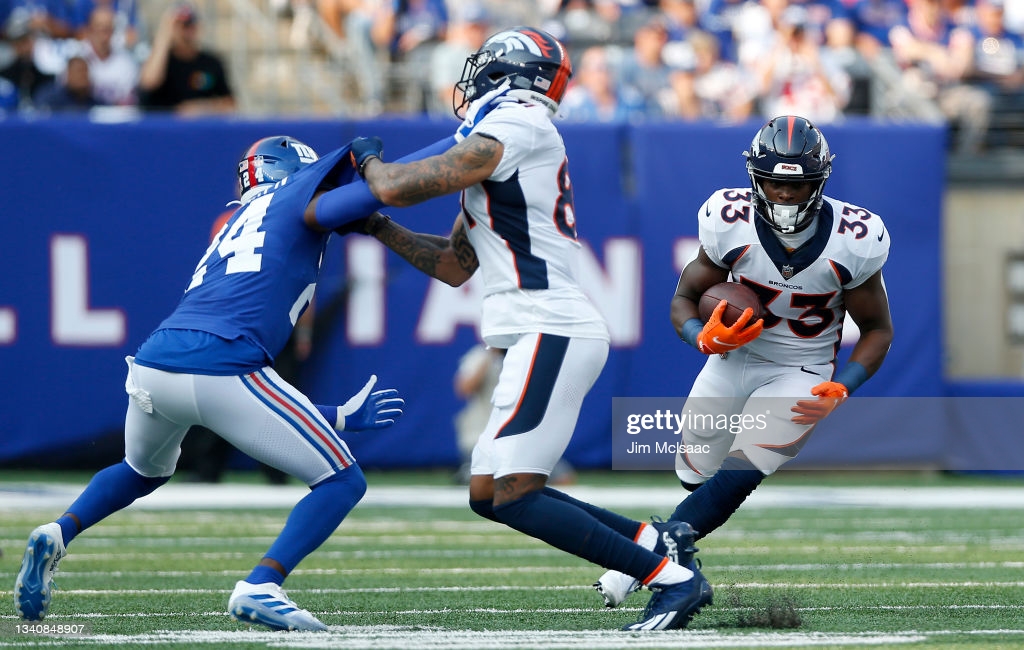 The Steelers head into Week 5 in a virtual must-win situation at 1-3. They face off against the 3-1 Broncos, who have faced an easy schedule to this point with wins over the Giants, Jets, and Jaguars.

With that, they’ve still exceeded many people’s expectations. Another tally in the win column and they’ll continue to be in good shape for one of the seven playoff spots.

To this point, they’ve won games the traditional way: A good running game and tough defense. Quarterback Teddy Bridgewater has quieted the haters a bit since being traded over from the Panthers in the off-season, but he’s mostly worked as a game manager. DL Cameron Heyward addressed the Broncos running game and praised one running back in particular.

”That run he had was pretty special,” Heyward said in referring to rookie Javonte Williams. “Obviously he’s looking to improve on that. He broke like five tackles.”

Heyward is of course talking about Williams’ 31-yard run against the Ravens in Week 4 in which he dragged defenders for at least 15 yards. That was Williams’ longest run of his four-game career so far and certainly the most impressive.

This run from Javonte Williams my goodness 😤#BroncosCountry #BALvsDEN pic.twitter.com/Z5F5PE7kNZ

Williams was drafted 35th overall in the 2021 NFL Draft, just outside of the first round. The North Carolina product had impressive college career and is known for being hard to bring down. On the season, Williams has 46 carries, 186 yards, and one touchdown.

Although he remains splitting carries with veteran RB Melvin Gordon, it seems inevitable that Williams will be the eventual clear-cut starter. Williams’ run reminded him of a particular Hall of Fame running back.

”Reminded me of the old Maurice Jones-Drew, just breaking tackles, bouncing off people.”

That is quite the praise from Heyward, as Jones-Drew enjoyed a tremendous career with the Jaguars. Williams have earned rave reviews from all over the league and those comments are just the latest. Heyward understands it can’t just be a one-man effort in trying to bring down Williams this weekend.

”It takes more than one guy to get to the ball. We’re going to have to have that on Sunday.”

The Steelers front will indeed need more than one guy to bring down Williams and Gordon on Sunday. Despite still allowing just 99 rushing yards per game on the season, the run defense has been more susceptible of late. The Packers’ running back duo in Aaron Jones and AJ Dillon combined for 30 carries and 129 yards last weekend against the Steelers. The injuries to defensive linemen Stephon Tuitt and Tyson Alualu have played a role in those numbers, but the defense will need to figure things out come Sunday against a solid rushing attack.