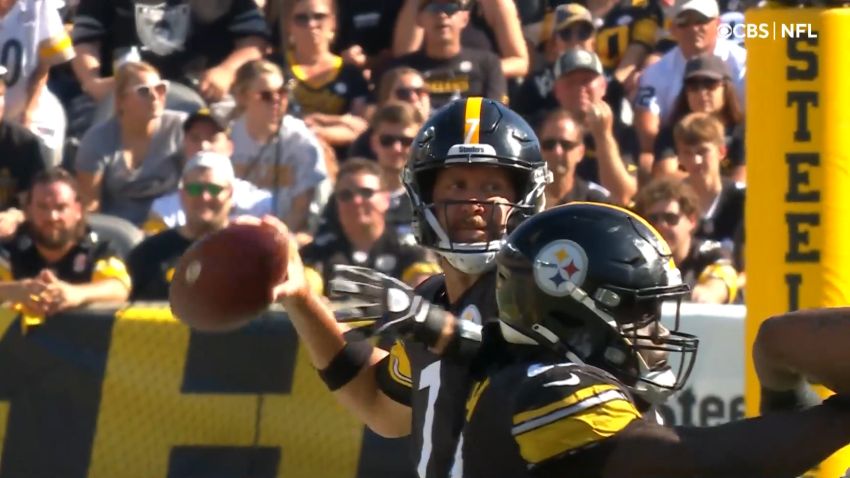 Explanation: Since the 2014 season, quarterback Ben Roethlisberger has averaged more than 38 pass attempts per game. Aside from the first Browns game last year, it had been years since he attempted as few pass attempts—just 25—as he did last week, when they had an effective running game. If they run successfully tonight, it may result in fewer dropbacks for the old man.

The Seattle Seahawks’ defense is not good. They have among the worst rushing defenses, in particular, in the league. While the Denver Broncos’ run defense was overrated if you dig into the numbers, it should still be true that if they could run on them, they could run on this Seahawks team.

The offensive line and running back Najee Harris are just getting into rhythm and are now picking up steam. They also know that they have the bye week coming just around the corner, and want to wrap up this first stretch of the regular season on a high note, so they’ll certainly be looking to churn out yardage on the ground.

Meanwhile, the passing game will be adjusting to not having JuJu Smith-Schuster out there, which will take some time to figure out, and will encourage them to take the air out of the ball.

Ben Roethlisberger only has about two games per season in which he attempts fewer than 30 passes, and the odds of them coming in back-to-back weeks are pretty low. The odds of the running game suddenly churning out 100-yard performances on a weekly basis is equally unlikely.

Plain and simply, they are going to have to put the ball in the air. They may be playing against a backup quarterback, but Geno Smith knows how to run this Seahawks system, and he has some really good talent to throw to that will make the plays for him, like D.K. Metcalf and Tyler Lockett.