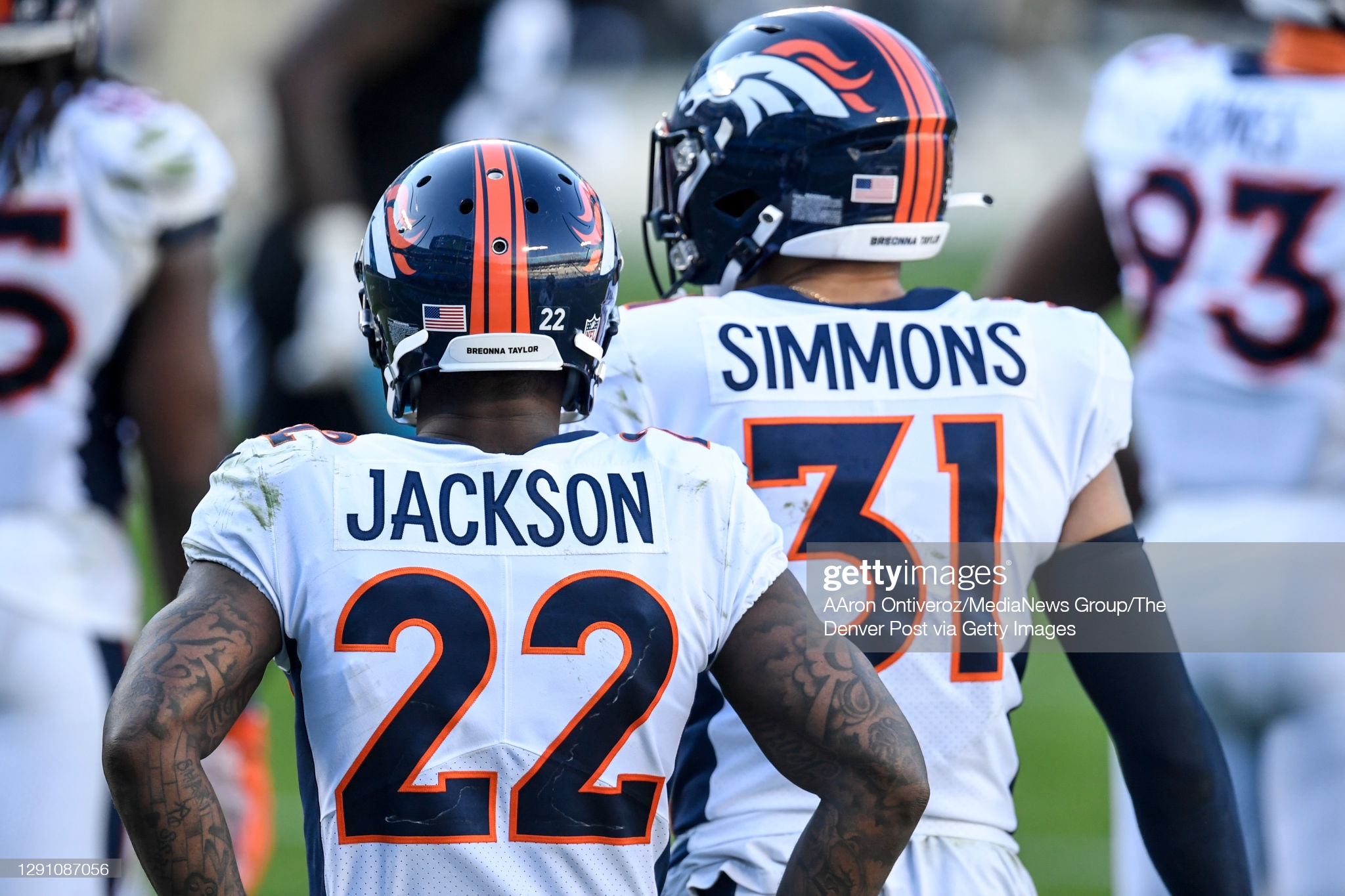 The Denver Broncos have had a long history of great play at the safety position, from Hall of Famers Steve Atwater and John Lynch, to names like Dennis Smith, Brian Dawkins, TJ Ward, and more.

Now, according to Pittsburgh Steelers’ offensive coordinator Matt Canada, the Broncos continue thee franchise’s history of excellence at the position with two of the best in the league in All-Pro free safety Justin Simmons and physical strong safety Kareem Jackson.

Simmons has quickly developed into one of the best playmaking safeties in all of football thanks to his great range and overall instincts for the position. Though he’s struggled some this season (53.0 overall grade from PFF), he still remains a real threat to opposing offenses. As for Jackson, he is arguably the most physical safety in the league, consistently coming downhill to deliver body blows to running backs and receivers, striking fear in opponents thinking of going across the middle.

Add in terrific ball skills for Jackson and it’s clear this tandem is one of the best in the league.

Speaking with reporters Thursday during his weekly media availability, Canada highlighted the Broncos’ safety tandem, stating that they’re two of the best in the league, don’t get beat deep, and really do everything well within the Broncos’ scheme.

“Two of the best in the League. They cover, they’re certainly run stop guys, they’re where they’re supposed to be,” Canada said, according to the official transcript. “Again, they don’t give up big plays. They’re not a defense that gets out of position and all of a sudden somebody’s running wide open. On the back end, they’re very talented at all four spots, but their safeties do a great job of, in my opinion, not letting the top come off the coverage, but also being very involved in the run game. Their fits are very well-orchestrated. They’ve got a very good scheme and they play to it very well.”

Simmons certainly had issues in Week 4 against the Baltimore Ravens, getting spun around like a top on Marquise Brown’s long, diving touchdown catch from near midfield in the second quarter. Aside from that though, Canada is spot on in that this group doesn’t make many mistakes, is sound against the run and really does a terrific job working in tandem with the Broncos’ fearsome pass rush.

Having these guys play the run like they do will be a challenge as well, considering the Steelers have struggled to run the football consistently through four weeks, and will now face two safeties that can line up deep yet fly downhill to fill run lanes, making it seem like there’s nine defenders in the box on every rep.

Play-action and the Steelers’ receivers creating separation will play large factors in the outcome of Sunday’s game from the Steelers’ offensive standpoint thanks to the two safeties the Broncos deploy.