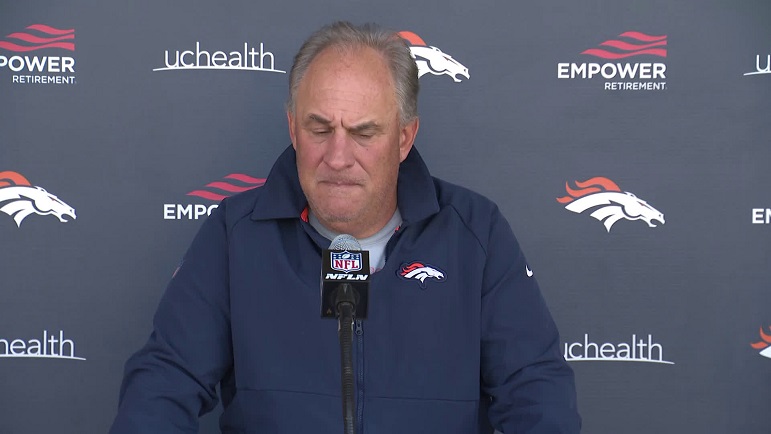 The Pittsburgh Steelers will host the Denver Broncos on Sunday at Heinz Field and that’s become a game that the home team really needs to win. Ahead of that Sunday week 5 matchup, Broncos head coach Vic Fangio met the local media and during his press conference he was asked to talk about several key Steelers on both sides of the football.

First, Fangio was asked about Steelers outside linebacker T.J. Watt, who returned from a groin injury in Week 4 to record two sacks in the team’s road loss to the Green Bay Packers. In short, Fangio was asked to describe what makes Watt such a great player.

“Really good player,” Fangio said of Watt. “The thing that stands out, besides the obvious, you know, his production is very obvious. But his instincts for the game are top notch and that helps him make all those plays that he makes. But he’s a highly talented guy with a high level of instincts, and that produces great players.”

Watt wasn’t on the Steelers Wednesday injury report and that’s a great sign for the teams former first round draft pick and especially with him possibly facing Broncos right tackle Bobby Massie on Sunday.

Fangio was also asked to comment on Steelers rookie running back Najee Harris during his Wednesday press conference.

“He played really good at Alabama and he’s playing really good for Pittsburgh,” Fangio said of Harris. “He’s obviously got really good size. Good speed. Runs hard. He’s got some shiftiness for a big guy. [Has] caught a lot of balls for them. He’s caught 26 balls in the first four games, and he does a good job in pass blocking. He’s a complete back, and we knew that and, they got a good player.”

Harris will certainly have his work cut out for him on Sunday against the Broncos defense as that unit has been strong against the run so far through the team’s first four games. Harris had a very high successful run rate against the Packers this past Sunday on his 15 total carries and that was great to see.

Lastly, Fangio talked a little bit about Steelers quarterback Ben Roethlisberger, who has had a really rough start to the 2021 season.

“The one thing that there’s a narrative out there that he’s gone down, and I don’t see that,” Fangio said of Roethlisberger. “And I’ve been watching this guy a long time. He’s still capable of doing everything he’s always done. [He] throws a great deep ball. Has good pocket feel. You know, I don’t buy into that narrative at all.”

Fangio certainly won’t be accused of giving the Steelers any bulletin board material this week. That said, he did sound sincere in his remarks about Watt, Harris, and Roethlisberger.
Fangio should have a good bead on the Steelers heading into Sunday’s game at Heinz Field and mainly due to the fact that the Broncos played them just last season in Pittsburgh in Week 2. The Steelers won that game 26-21. He was asked on Wednesday about having to play a Steelers team this year that might have a greater sense of urgency due to them being 1-3 after their first four games.

“They’re obviously, I mean, Pittsburgh is always going to play with a sense of urgency, that’s who they are, and we’ve got to be, be ready to have our own,” Fangio said.