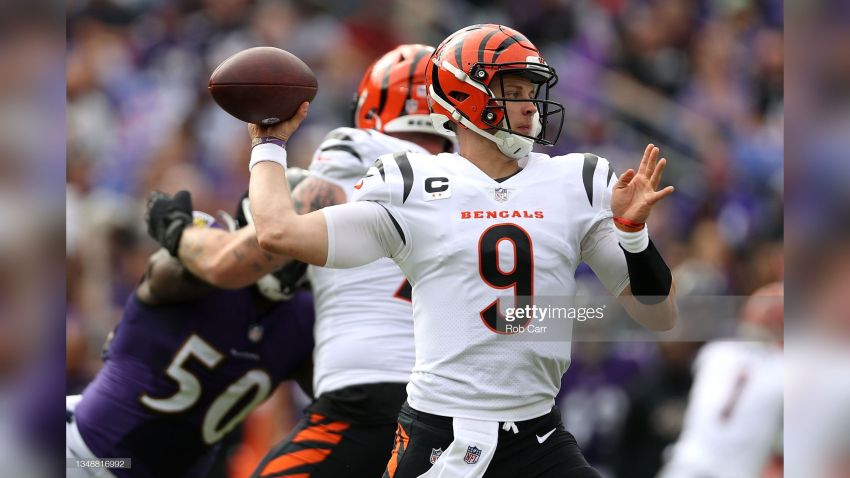 The Cincinnati Bengals are off to a 5-2 start to the 2021 season, and currently sit atop not just the AFC North standings, but the entire conference, after unseating the Baltimore Ravens on Sunday, who are 5-1 at the time. Their next win will match their win total of the previous two years combined, and they are well-positioned to have their first non-losing season since 2015.

But that is not what this Bengals team is gunning for. This is a team with new blood, led by their most recent first-round picks, 2020 first-overall quarterback Joe Burrow, and his standout college wide receiver, 2021 fifth-overall pick Ja’Marr Chase, who have been a lethal combination in their first seven games together as professionals.

Chase has already broken a record—such as it is—for the most receiving yards to begin a career through seven games in NFL history, recording 35 receptions for 754 yards and six touchdowns, with a league-leading 21.5 yards per catch. They know the limitless potential of this connection, and they’re not about to put restrictions on their ambitions.

“We’re in a place that we haven’t been in a while but we’re not satisfied with where we are”, Burrow recently told reporters. “We’ve got to go out to practice every day, keep getting better, because other teams are going to keep getting better as well”.

“We’ve got bigger aspirations than 5-2, so we’ve got to keep getting better every day, go out to practice, get through our reps, come back in and watch the film”, he added. “Just keep grinding”.

Burrow is currently 146-for-212 as a passer, just under a 69 percent completion rate, having thrown for 1946 yards. He already has 17 touchdown passes, though he also has thrown eight interceptions, including four in his last three games.

But it’s not just the offense, by any means, that is lifting the Bengals’ ship. The overhaul of the defensive line, with Trey Hendrickson and Larry Ogunjobi being brought in and a healthy D.J. Reader wreaking havoc, not to mention Mike Hilton and Chidobe Awuzie in the secondary, have led to a significant improvement on that side of the ball.

This is the Bengals’ third season under head coach Zac Taylor, a former quarterbacks coach of the Los Angeles Rams who was desired as a product of the Sean McVay coaching tree. His first two years certainly made that look like a mistake, but the talent he now has is helping him sing a different tune.

Could Cincinnati really be contenders this year? They certainly look as though they will be qualifying for the postseason for the first time in more than half a decade. What they do once they get there is another story. The franchise has not won a playoff game since January 6, 1991, a mere 11,252 days ago.