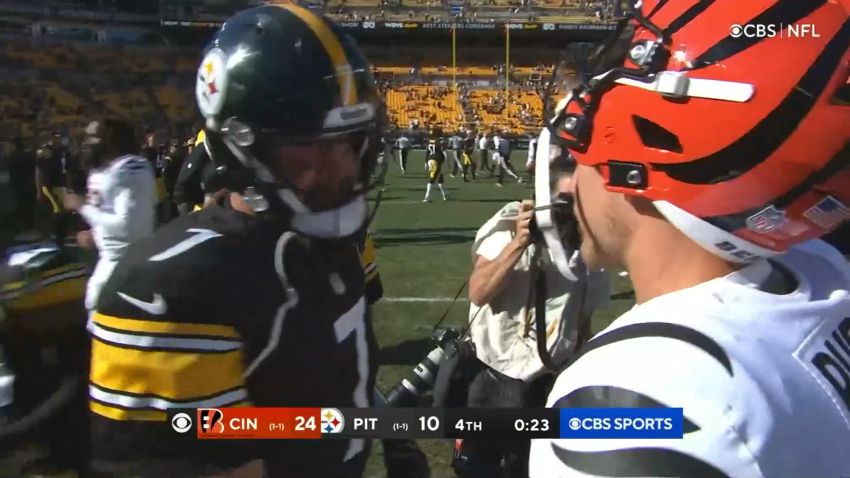 The Cincinnati Bengals have had a hard enough time winning just one game during the week over the course of recent years. Yet somehow they’ve pulled off the feat of winning twice in one week. After sounding beating the Pittsburgh Steelers on the road on Sunday afternoon, the now AFC North-leading Bengals survived the Jacksonville Jaguars and latest first-overall quarterback Trevor Lawrence, culminating in a Jow Burrow-led game-winning drive.

“I think our experiences last year have brought us to this point”, he said after the game, referring to the team’s years of struggle—though he’s only been a part of it since last year. “We took a lot of tough losses last year. We were in games late, and we just ended up losing them. We brought in some guys from winning teams that have won before, and who really understand how to do it. That’s a big part of it as well”.

Burrow, the 2020 first-overall pick, went 2-6-1 in the games he started and finished last season. He exited the 10th game of the season with a torn ACL, but they held the lead at the time of his injury in a game they ended up losing.

He added two more touchdown passes last night, both to veteran tight end C.J. Uzomah, going 25-for-32 passing for 348 yards. It’s a far cry from what was asked of him Sunday, during which game he only attempted 18 passes, completing 14 for 172 yards, but for three scores, and an interception.

“I think I’ve gotten better and better each week. Last week, the defense played so well that I didn’t have to do a lot”, Burrow said. “Tonight, there’s going to be games like that where you have to step up and make plays. I’m really happy with my performance tonight, and I’m going to build on that and keep getting better and better”.

The Steelers, minus T.J. Watt, Alex Highsmith, Stephon Tuitt, and Tyson Alualu, failed to pressure the quarterback and to stop the run. There wasn’t a whole hell of a lot that they managed to accomplish in their efforts to stop the Bengals.

Cincinnati is now on its first two-game winning streak against the Steelers since the 2012-12 seasons. They only managed to win two in a row at that time, and one won one other game in between the pair of two-game winning streaks. Something tells me, though, that they have a much better chance of extending this streak to three (something they haven’t done since 1990).