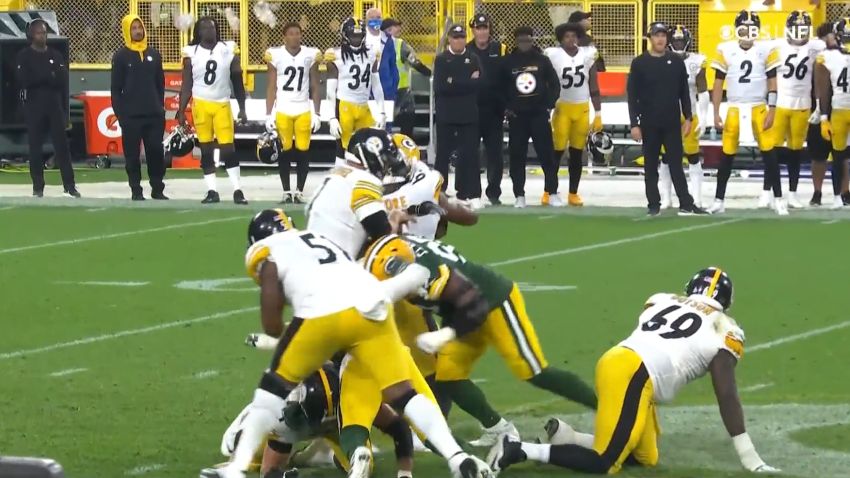 If you have been paying attention this season, you have probably noticed that Pittsburgh Steelers quarterback Ben Roethlisberger has been getting smacked around a good bit already through four games, and this in spite of the fact that he has the shortest time to throw in the entire NFL.

Largely a byproduct of having a very new and inexperienced offensive line, the long and short of it is that he has been getting banged up and bruised. The 39-year-old has already suffered a pectoral injury, and is now dealing with a hip injury, not including whatever long-term injuries, such as his arthritic knees, limit him on a weekly basis. Still, head coach Mike Tomlin wasn’t ready to make too much of it, saying it is “not out of the ordinary”.

“I’m sure if you reviewed the tape and looked at these visits from the first 11 weeks of last year, I probably said similar things, and he was upright and we were undefeated”, he told reporters yesterday on the subject during his pre-game press conference. “It’s probably a component of just being in your late 30s and playing this game and playing that position, and particularly when you’re not playing winning football you get somewhat one-dimensional”.

“There’s collateral damage that’s associated with that for him and for us, and I think we all understand that”, he continued to expand on his answer. “I think that’s why it’s important that we continue to work to improve, and have a well-rounded approach to play and get better in all areas”.

It would certainly be advantageous for the Steelers if they could get their franchise quarterback less banged up, though it must be said that it’s not all on the blocking. Roethlisberger has made some questionable decisions this year—and every other year—with the ball in his hands that has resulted in him taking unnecessary hits without even making a play, or sometimes even a throw, to show for it.

Pittsburgh’s offensive line currently consists of two rookies, one second-year player who was not a starter before this season, a veteran free agent, and one starting position that is currently in flux, between a player who has only started due to injury and one coming back from injury who only has one start.

That is pretty much going to guarantee you some rough protection, especially when none of those players were high-end, ‘surefire’ sorts of prospects. Their rookie center, Kendrick Green, was mostly a guard in college and talked about struggling to adjust to having defensive tackles getting on him quicker at the NFL level.

Those are not ideal circumstances, and fans probably wanted to hear something a little more than ‘yeah, that’s about as often as you’d expect your quarterback to get whacked’, but here we are. It’s certainly not helping Roethlisberger throw any better.