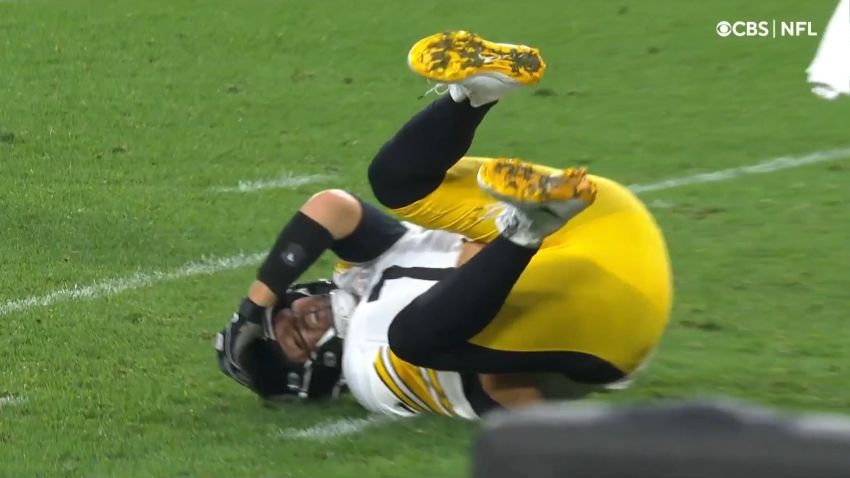 Roethlisberger seemed to just barely make his way back to the team this season after taking a $5 million pay cut to play out one final season, which pretty much nobody at this point thinks will extend beyond the current year—and for which he is not under contract, anyway. He’s also taken a beating this year with poor pass protection, but he’ll be the first to say his injuries are not why he’s struggled.

“I don’t want to dwell too much on the physical things, the ailments, the things that are happening, because it sounds like an excuse, and I’m not going to make that”, he told reporters on Wednesday. “I need to be better. I need to fight through and figure out how to make better decisions, how to make better throws, how to be a better football player”.

Everything he says is, of course, true, but saying it and achieving it are two different issues. Knowing that you have to make better decisions, make better throws, is just identifying the problem, not actually solving it, though his discussion about his throwing mechanics I admit was interesting.

Still, there was one prevailing message, which was, don’t throw the dirt on me just yet. “I’m not gonna quit”, he said. “I’m gonna keep doing that. I’m not giving up on this season, and no one in this building is. It’s still early, and there’s still a lot of fight left in us”.

The Steelers are 1-3 on the year through four games, and stand back two games behind everybody else in the division, all of whom are already 3-1. One of their three losses has come to the Cincinnati Bengals, and they will soon face the Cleveland Browns as well.

Outside of the wide receivers and tight end Eric Ebron, Roethlisberger is pretty much surrounded by an entirely new cast. The offensive line consists of three players who weren’t even here last year, including two rookies, and they also have rookie starters at running back and tight end.

On top of that, they have Matt Canada installed as offensive coordinator in his first season to hold such a post in the NFL. Adrian Klemm is in charge of the offensive line, this also marking the first time he has held that role at the NFL level. He even has a new quarterbacks coach in Mike Sullivan.

One can only hope that there is indeed something to the experiential growth that comes with playing through these struggles, but how much time can they afford before they actually play winning football? This being almost undoubtedly his final season, he can’t afford to write it off.