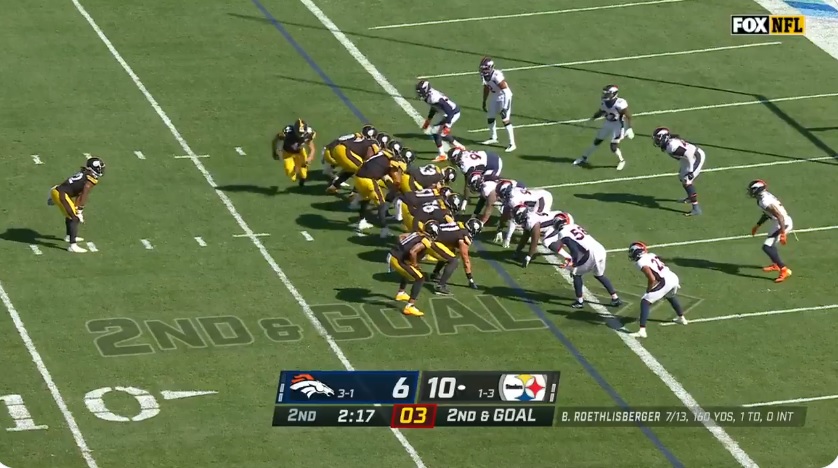 After challenging rookie running back Najee Harris to be a “beast” this week through the media, Pittsburgh Steelers’ veteran quarterback Ben Roethlisberger heaped praise on the young running back following the best performance of his young career.

Harris, who rushed for a career-high 122 yards and one touchdown on 23 carries, helped provide real balance and physicality to the Steelers’ offense on Sunday, showing just what the offense can be when they have a reliable rushing attack and a back that can take advantage of soft defensive fronts.

Following the win, in which he wasn’t hit as much and had more success than he’s seen in recent weeks, Roethlisberger said he was really happy for Harris coming off of the big performance and the big win during his media availability.

“Yeah. I mean, I thought he did great tonight,” Roethlisberger said to the media following the win, according to video via Steelers.com. “But you know, the running game is more than just one person, you know, it’s the line has to open things up and they do that. I don’t know that I wish I could give you a better percentage, so I don’t want to say a wrong number, but the there’s a very high percentage of those runs today from the shotgun especially where RPOs. And we probably had some of the throws, but why take it out of his hand when, when it’s just, when you’re grinding it and you’re getting it. It was fun to watch him kinda, you know, excel and take over. And Benny [Snell Jr.] came in at the end of game, ran the ball really hard — KB [Kalen Ballage] too. So, I’m happy for Naj…I really am.”

Roethlisberger was wise to point out the play of the offensive line as well, which played arguably its best game of the season as a unit, allowing the Steelers to run successfully early, which led to running successfully late, grinding out a win at home in a much-needed game.

We’ll see how many forced missed tackles Harris had later in the week, but what a performance from the 24th overall pick who was starting to hear some questions about his selection in the first round from the national media, and some in the fan base. He showed exactly how impactful he can be moving forward.