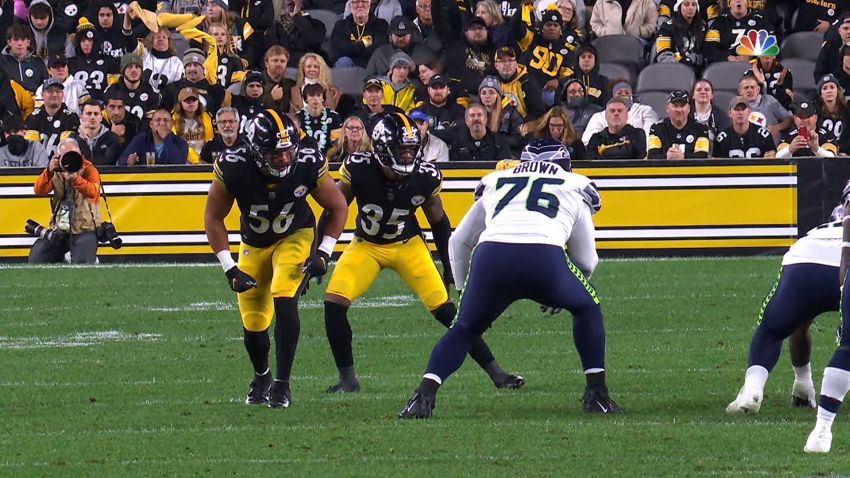 I don’t think there are many things that football analysts love to talk about more than ‘intangibles’—sometimes, but not always, inversely proportional to the amount of knowledge that they have about scheme and technique. One of the great intangibles of the game is the idea of having an ‘identity’, whether as an offense, as a defense, or as a team as a whole.

A lot of Pittsburgh Steelers fans aren’t sure what their team’s identity is this year. Players and coaches get asked about it every week, though, and we get a bunch of different answers, though a common theme is ‘we haven’t done enough to establish one yet’.

Second-year outside linebacker Alex Highsmith, coming off perhaps the best game of his young career so far, was asked about the Steelers and their defensive identity yesterday, which he defined as “just playing hard, tough, smashmouth football”, a sentiment I think we can all agree is what they should aspire to. “But I feel like we’re far from where we can be. We can be way better. I can be way better. Us as a whole defense, we can get better”.

Playing every snap of the contest on Sunday against the Seattle Seahawks, Highsmith recorded seven tackles on the night along with 1.5 sacks and four quarterback hits, making it the best pass-rushing performance he has had in a single game to date. But don’t expect him to take any victory laps over it.

“I’m very critical of myself. No matter if I have no sacks or two sacks, I feel like I can always be better”, he said. “As a defense, you’ve just got to continue to improve. The past couple of games, we haven’t finished very strong, but it’s gonna be an emphasis going into this next game and the rest of the season, just really, finish strong”.

That is very much in keeping with the character we have known Highsmith to have since the Steelers drafted him in the third round last year. Despite being a small-school product who only late in his college career was moved out to the edge, he came into the league prepared for a professional career, and has never blinked at putting the work in, certainly a credit to his father, who has been a very obviously active presence in both his life and his career.

Highsmith replaced former first-round pick Bud Dupree in the starting lineup, who for the past few years combined with T.J. Watt to form arguably the best edge rush tandem in the entire NFL. Dupree left in free agency this offseason, so he’s got big shoes to fill. He wore them well stepping out on Sunday night.