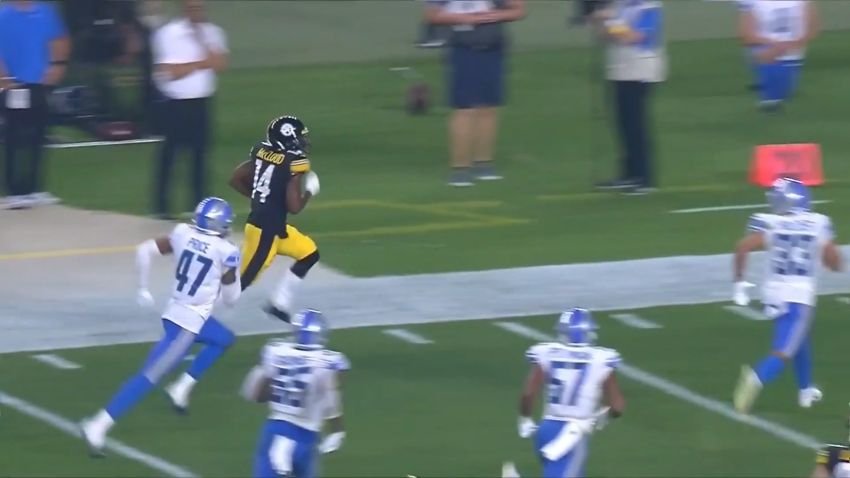 Reasoning: McCloud has an opportunity to make an impact as a return man against the Denver Broncos, amongst the worst teams in coverage so far this season.

Today should be an interesting day. The Steelers are facing a team in the Broncos who have for the past three seasons retained the services of Diontae Spencer, a player who made his name in the CFL before coming to Steelers camp in 2019. He didn’t make the team, but the Broncos brought him in, and he’s been a successful return man for them.

The Steelers, though, believe that they have since found their man in McCloud, who has been the very rare player to start multiple consecutive seasons at kick returner in Pittsburgh. He is putting up strong if not eye-popping numbers so far this season.

And the Broncos have not been successful covering kicks, either. They rank 31st in punt return average allowed, though they have only allowed five of 19 punts to be returned so far. Still, 13.6 yards per punt return is tempting. And they have allowed a league-worst 41.4-yard kick return average, though that is thanks to their giving up a touchdown. They have only allowed five kick returns so far on 21 kickoffs, with a touchback rate of over 75 percent.

So it may be that McCloud gets just a couple of opportunities to return a punt or a kick today, but the potential is there for him to make a play. He is averaging 10.8 yards per punt return and 26.6 yards per kick return so far, with a 40-yard kick return last week.

He has been catching a few passes, too. He had a 22-yard reception two weeks ago on a deep target, probably the first deep completion he’s gotten since arriving in Pittsburgh.