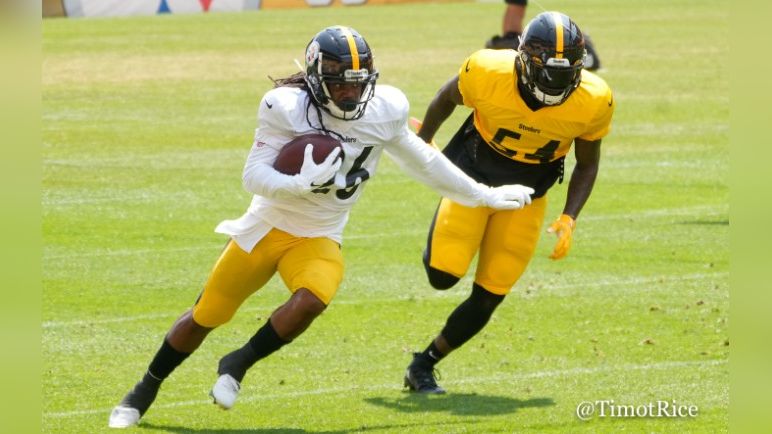 Reasoning: The second-year running back was activated to the 53-man roster from the Reserve/Injured List on Wednesday after spending the entirety of the regular season up to this point sidelined.

Of the three players the Steelers placed on the Reserve/Injured List at the start of the season, two are now back on the 53-man roster, though they’ve added a couple more players since then. It remains to be seen in what capacity either of the two returning players contribute.

The first was tackle Zach Banner, who is presumably in the discussions for starting at right tackle. If he does not, he may be a healthy scratch as he was in their last game. The other is Anthony McFarland, who is now one of four halfbacks on the roster.

The Steelers managed to find a helmet for four running backs oftentimes last year, but there’s no guarantee they are able to do so again this time around. His roster spot was opened by placing defensive lineman Carlos Davis on the Reserve/Injured List, who has missed the past five games anyway, so that doesn’t open up another spot.

Given the way he has been talked about, though, it does sound like they plan on playing McFarland and making use of the speed that he possesses as a unique trait within the Steelers’ running back room. They may even try to find ways to get him on the field with other running backs at the same time.

The most likely scenario is that it will be a feeling-out process, and that he will have to earn reps through production. After all, Najee Harris hardly comes off the field, so snaps are a precious commodity for a running back of any other name.