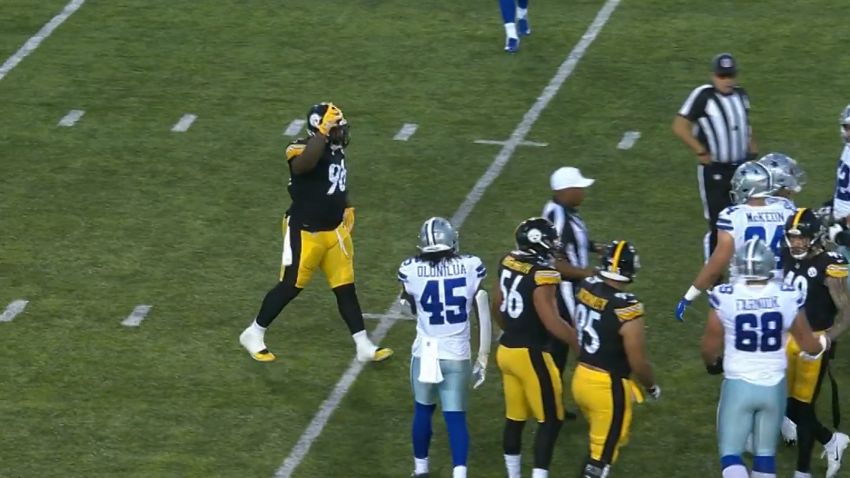 Reasoning: Buggs overall played fairly well in his first start after replacing the injured Tyson Alualu; heading into week four, he faces a Packers team expected to be without one of their starting interior linemen.

Don’t anticipate Isaiah Buggs to be going around sacking Aaron Rodgers, but the third-year interior defensive lineman can potentially be an understated asset against the Green Bay Packers today. Making his first start at nose tackle after the Steelers lost Tyson Alualu to a fractured ankle, he actually held up pretty well against the run against the Cincinnati Bengals, even if the team rushing stat line might not indicate it.

What’s more, Packers starting left guard Elgton Jenkins is doubtful to play today, so Green Bay will be playing down an interior starter along the offensive line. Their center, Josh Myers, is a rookie, albeit a second-round pick. Jon Runyan on the other side is not a plus run-blocker.

Add on top of that the fact that their running back, Aaron Jones, is not fully healthy. The Steelers’ only chance of stopping the Packers is trying to make them one-dimensional and pressuring the hell out of Rodgers. If they let Jones run on them—assuming he even plays—then it’s over before it even began.

That’s why I think Buggs can be a factor today, even if a small one. As long as he can help prevent the Packers from establishing a rhythm with the ground game, then he has done his job—a job he still has to do for the rest of the season, as well.

At least until Carlos Davis gets back. The second-year pro will miss another game today with a knee injury after not practicing all week. Until he gets back, the nose tackle position is pretty much all Buggs all the way.