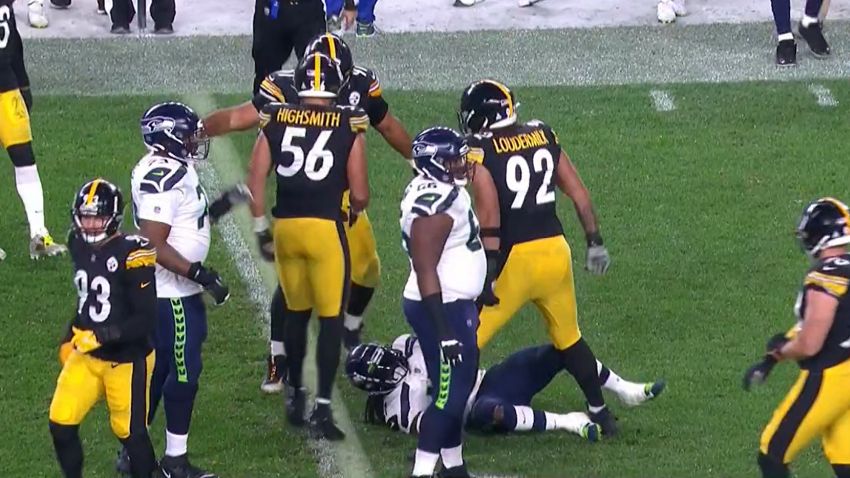 Reasoning: The rookie fifth-round pick has been getting a lot of playing time due to injuries this year, and has been gradually showing improvement, culminating in a sack that didn’t count last Sunday.

Isaiahh Loudermilk was going to be a healthy scratch all year, under ideal circumstances. Even with Stephon Tuitt immediately being placed on the Reserve/Injured List, the Steelers still had enough depth at the start of the season that they didn’t have to ask for the rookie to contribute.

Then Tyson Alualu went down, and Carlos Davis followed. While Davis should be back very soon after missing most of the year, Alualu is not returning after fracturing his ankle. Because of those injuries, though, Loudermilk has played in the past five games, totaling 61 snaps.

While he’s only averaging about a dozen snaps per game, that is a good workload in a rotation on the defensive line for a rookie fifth-round pick. Though he only played eight snaps in the Steelers’ last game, it may have been his best, though, which include one run stop, a tackle for no gain on first and 10. He also recorded a sack during the game, but the Steelers decided to accept a penalty against the Seahawks instead.

The statistic may not have counted, but the tape does, and he did a nice job on the play of beating his man and getting into the backfield, which is exactly what the coaches want to see out of him. That’s not to say, of course, that he doesn’t still have a long way to go.

And one can only hope that they soon will not need to ask him to be on the field. Davis should hopefully be back this week, given that he returned to practice before the bye week. We can only speculate as to when Tuitt will be back.

If they can get the defensive line back healthy, though, then they can ask Loudermilk to take a seat again, and Henry Mondeaux can go back to the practice squad. Then they would have a starting lineup of Cameron Heyward, Tuitt, and Isaiah Buggs, with Chris Wormley and Davis backing up. Which sounds much better than what they’ve been working with.