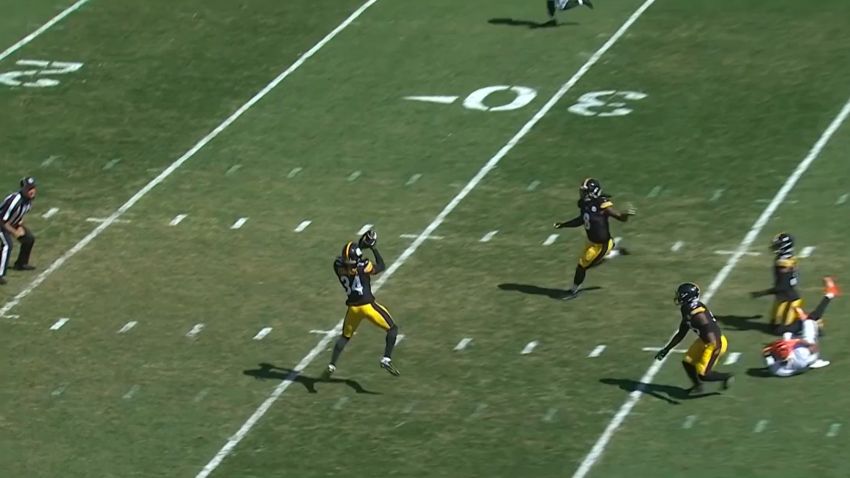 Question: Will the defense produce more takeaways in the second half of the season?

The Steelers have been at or near the top of the league for the past couple of years when it comes to producing takeaways. They aren’t currently anywhere close to the league this time around; in fact, their five takeaways are tied for the sixth-fewest in the NFL.

They are right now on pace to record only about 16-17 takeaways, which would be only the second time since 2011 that they finish a season with fewer than 20. The personnel, largely, is the same as it has been, including the coaching staff, making it more perplexing as to why they haven’t had more success.

They aren’t, of course, getting interceptions like they have in the past. Safety Minkah Fitzpatrick doesn’t have any this year, and he’s had a shot at a couple, but he recorded nine interceptions in his first 30 games with the Steelers in 2019 and 2020.

Pittsburgh has just two interceptions so far. One came from Terrell Edmunds after collecting a pop-up ricochet provided by Fitzpatrick—one of the failed interception attempts that he had. The other came on the final play of the game against the Broncos by James Pierre.

The other three takeaways have come via fumble recovery, but they have forced nine, meaning they have only recovered a third of the number of fumbles forced. The fumbles are harder to come by—they rank tied for seventh—but their two interceptions are near the bottom of the league. They have to find ways to get closer to the ball, and to finish plays when they do.