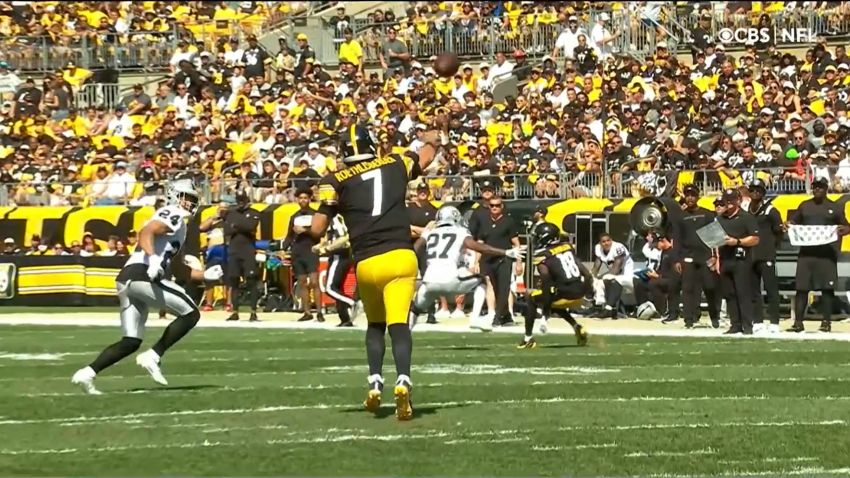 Question: How much are Ben Roethlisberger’s throwing mechanics still affected by his hip injury?

You have no doubt seen the pictures of Ben Roethlisberger’s derrière in recent games and how it has been particularly plump of late due to some extra cushioning—literal cushioning, that is, in the form of protective pads, in order to provide some extra protection due to a hip injury that he suffered earlier in the year.

The veteran quarterback recently talked about how that injury has affected his throwing mechanics and how he has tried to will his way through them, how it’s led to him trying to compensate by relying too much purely on his arm to get the ball from his hand to the target.

“I was opening up, I was over-striding”, he said, “basically trying to figure out a way to make it all come from” his upper body. “Forget the bottom part, let’s focus on the top, core and arms. Because of pain” in his hip.

These were remarks made weeks ago; he has since played in another game and had a bye week since then. How much has the pain in his hip subsided since then, and how much might that have alleviated some of the stress he has put on his throwing mechanics?

Some of the things that Roethlisberger talked about having to do in order to compensate are evident on film, so we’ll certainly be able to judge on Sunday how his hip is feeling if he is still tending to default into the same positions and mechanics. And you can bet we’ll be talking about it one way or another, because if he’s not feeling better now, chances are it’s not going to improve much this year.