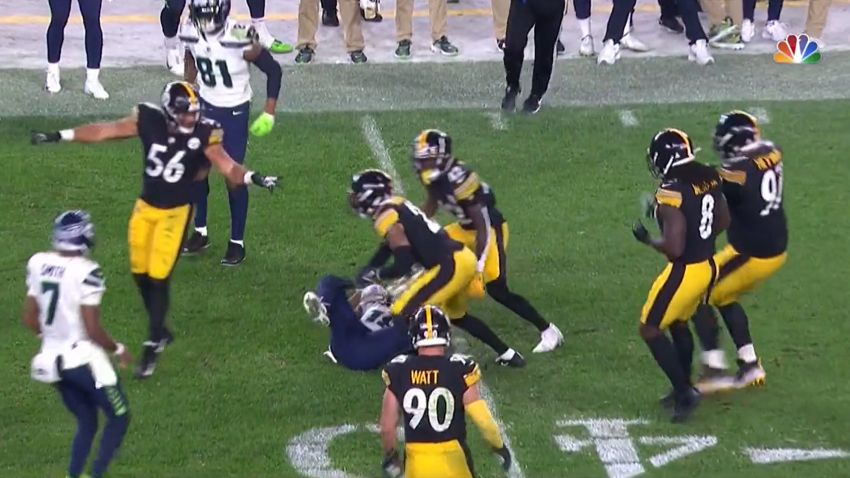 While the Steelers went four-for-four in picking out offensive starters with their first four draft picks, one in each of the first four rounds of the draft, it may yet prove that seventh-round defensive back Tre Norwood was one of the biggest steals of the draft.

A versatile secondary player out of Oklahoma, Norwood has been impressing coaches since he first got on the field in rookie minicamp, and found his way into mentions throughout the offseason process as a young player showing positive signs.

He had some rough moments here and there during the preseason, and he got away with a few coverage lapses during his most extensive playing time in the regular-season opener, but the coaching staff has since pared down and focused his role on the defense, and in recent weeks, he has been excelling.

In a what-have-you-done-for-me-lately league, his stock is particularly high right now, considering the fact that the last time he was on the field, he recorded three third-down stops amid just 15 snaps’ worth of playing time. Winning money downs will certainly get you noticed.

Still, it’s difficult to foresee what the long-term future might hold for him. Is he destined to be a sub-package player? Or could he be a full-time starter in a year or two? Would that diminish what many feel may be his greatest attribute, which is his versatility?

Or is his true gift simply his mind, his ability to process the play and respond to it? Now, he’s not likely to ever be a starting outside cornerback in this league, and on a team with Minkah Fitzpatrick, he’s not going to start at free safety, either. But could he take over at strong safety? Or is the nickel the best he could hope for—which, admittedly, is substantial all the same?