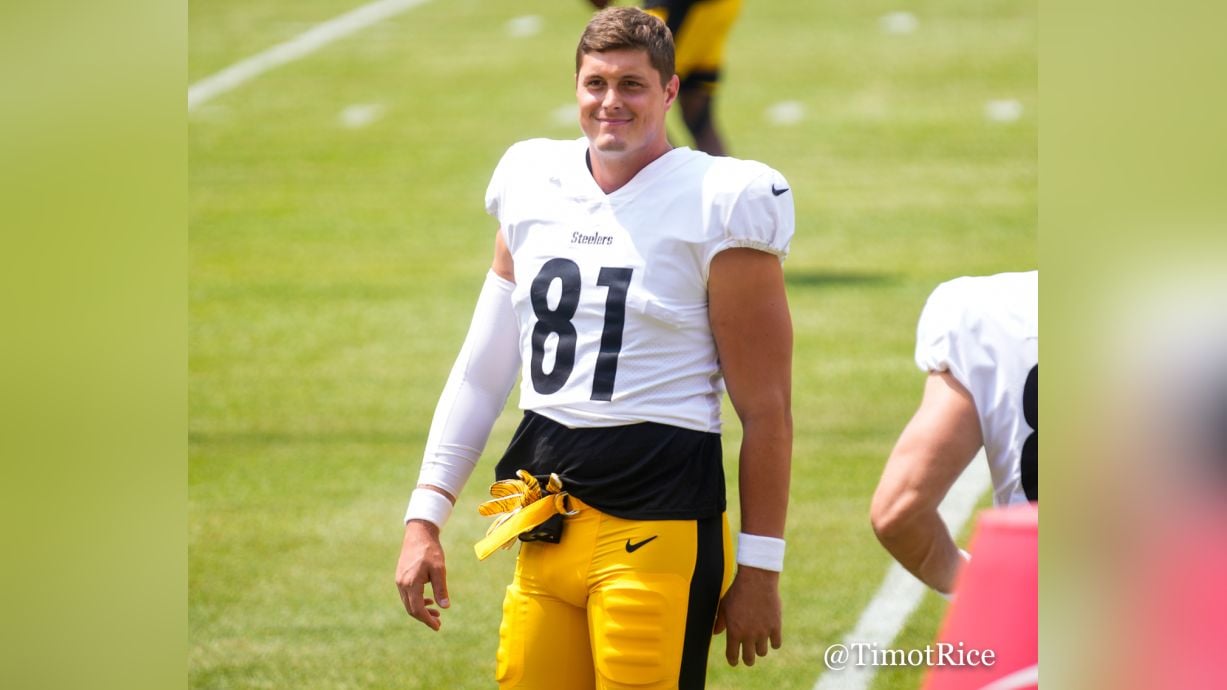 Following the emergence of tight end Kevin Rader late in the 2020 season coupled with a strong start to the 2021 training camp and preseason, many were anticipating Year 3 would be as far as Zach Gentry would get with the Steelers, especially after the selection of tight end Pat Freiermuth in the second round of the 2021 NFL Draft.

Instead, Gentry proved everyone wrong and showed just how far along he’s come as a blocker in Pittsburgh, embracing the No. 3 role and leaning heavily into his blocking and special teams duties as the third tight end.

Though he has yet to really make an impact as a receiver that many believed he could coming out of Michigan, Gentry showed this summer that he has truly leaned into the No. 3 role and is willing to do whatever it takes to stick on the 53-man roster.

Mission accomplished for Gentry. His ability to stick on the roster can be attributed to his growth as a blocker, according to offensive coordinator Matt Canada.

“Zach’s come a long way from the time I’ve been here,” Canada said to reporters Wednesday. “I think Zach’s embraced his role. He has a unique role. He’s a huge man that plays tight end. I think he’s worked very hard at his ball skills, first off, to make sure he can make those catches so he’s not just a big blocker, but I do think his blocking has improved. I think that gives us some flexibility in the matchup game; things he can do in the pass game and the run game. Very happy with where Zach’s at. Happy for him. I know it’s a big deal for him. Happy for him because he’s put a lot of work in.”

Gentry certainly has put in a lot of work, especially after being drafted in the fifth round in 2019 just a few short years after switching from quarterback to tight end at Michigan. While he’s still learning the position overall, Gentry continues to make strides, especially in the blocking department as Canada cites. Throughout the preseason he looked adequate at the point of attack in the run game, which was enough to be out Rader, who is known as a good run blocker overall.

While it’s unlikely that Gentry will see some sort of increase in work in the passing game with Eric Ebron and Freiermuth ahead of him, it is intriguing to think what the Steelers could do offensively with Gentry on the field in three tight end sets under Matt Canada in 2021, barring health.