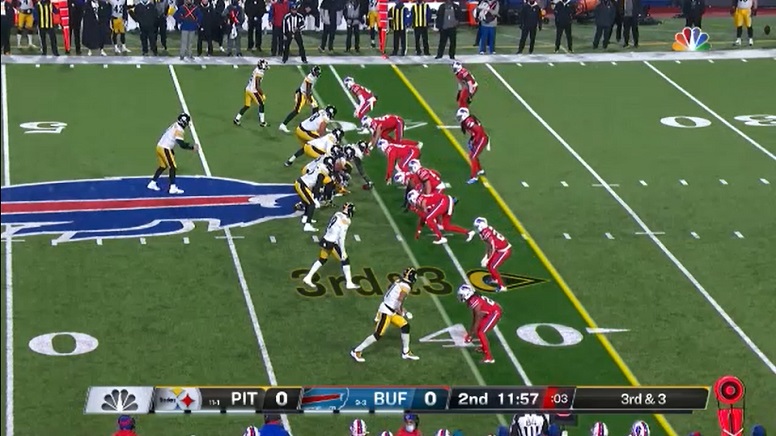 I’ll admit it’s cliche and obvious to signal “winning on third down” as a key to winning a game. It’s sorta like saying the guy who wins the Daytona 500 is the one who drives the fastest and doesn’t crash.

But Mike Tomlin harped on that point – possession downs – as much as he ever has in previewing the Pittsburgh Steelers’ Week 1 game against the Buffalo Bills.

Here are just some of what Tomlin said in speaking to reporters during his Tuesday press conference.

“He’s a playmaker down the field, underneath, possession downs, red zone.”

“We need to be prepared to play a lot of people, all that are available to us. We need to be thoughtful about the consequences of possession downs and working to keep our groups fresh and what that means.”

On the Bills’ secondary:

“That safety tandem…the way that they work, particularly on the weighty downs, the possession downs two minute and so forth that group’s been together for a number of years”

And then straight up talking about the topic.

“I think it’s important that we perform, particularly in those weighty downs early to try to minimize some of that in terms of how it affects the game. We’ve got to play good on possession downs on both sides.”

There’s good reason for Tomlin’s emphasis. Possession downs have been a sore spot for the Steelers in their last two matchups against the Bills. Here’s the third down totals from each side in their 2019 and 2020 matchups, both victories by Buffalo.

And it’s one of several reasons why the Steelers lost each of those games. Buffalo isn’t a weaker opponent this time around. If anything, they’re stronger, going to the AFC Title Game last season under the breakout year of now-franchise quarterback Josh Allen.

In fact, no offense was better on third down last season than the Bills were, converting 49.7% of the time. Compare that to the Steelers who sat at just 42.2%, about middle of the road.

Emphasizing the point is obvious and true for virtually any week, it’s hard to win a game if you lose on third down, it’s even more important against a quality opponent whose proven to excel in those key situations as the Bills have under head coach Sean McDermott.