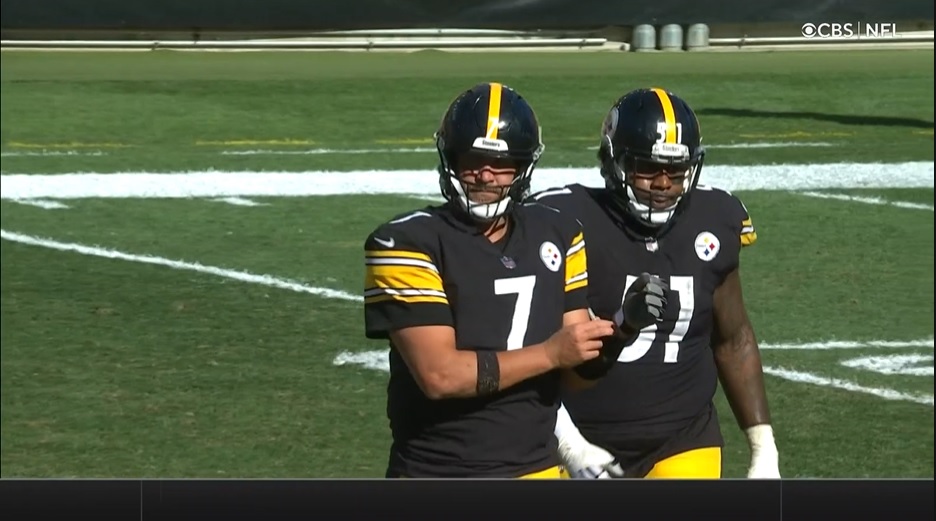 1. Many Causes, One Effect – The play calling hasn’t changed so was Randy Fichtner’s offense really Matt Canada’s or is Canada running Fichtner’s? The offensive line is green and lacks cohesiveness. The quarterback is very inaccurate and doesn’t complete balls over ten yards past the line of scrimmage nearly enough.  The wide receivers can’t separate from coverage.  Catchable balls aren’t caught. The tight ends are barely used. A bevy of shoot yourself in the foot offensive penalties. Those are the causes and the effect is the offense is monumentally horrible and there doesn’t seem to be a fix in sight.

2. Put Them on a Milk Carton – Has anyone seen the middle linebackers? Have Devin Bush or Joe Schobert made an impact play this season? If so, I don’t remember it. They combined for 7 tackles against Cincinnati. Bush only had 2 assists! Not even a solo tackle. Schobert was brought in to fill a void and Bush was a first round pick and they seem to disappear in games. I think their coverage has been pretty good but with the injuries they need to be more impactful.

3. You’ve Got Them Mixed Up – It’s third and long what do you call? Well if you’re the Steelers it’s probably a 2 yard pass. It’s third and short or medium what do you call? If you’re Pittsburgh it a deep pass down the sideline. The first drive they had third and six and threw it deep. Get the first down! There needs to be a bigger focus, especially early in games, to sustain drives and move the chains. The deep ball for this team is a low percentage pass. There is no margin for error and the play calling and execution needs to be better.

4. We’re Going to Need a Live Chicken – Someone, somewhere has a lot of little Steeler voodoo dolls and covered all of their little hands with something slippery. Has to be a curse, right?  There was almost too many to count but I think I counted nine drops for the offense today including the last three plays. Yikes. Najee Harris dropped four of his 19(!) targets.  Chase Claypool had two and Pat Freiermuth, Ray-Ray McCloud and Eric Ebron each had one.  The drops make a bad offense worse.

5. Lack of Discipline – Penalties are going to happen; limiting them is a key to winning. That is why two offensive penalties in particular were troubling to me. The first was the illegal formation in the first quarter.  It was blamed on Chukwuma Okorafor but it’s not his fault. The formation needs to have a receiver covering him on the line of scrimmage. So either this is a play design fail or one of the receivers lined up out of position.  Completely unacceptable either way.  The other was the offensive pass interference call on Claypool.  He was called for a pick and if he executes correctly it wouldn’t happen.  If he sets up in the path of the linebacker and puts his hands in front of him, toward the quarterback like the ball is being thrown his way it doesn’t get called.  Either he wasn’t taught correctly or he didn’t execute correctly. Again, unacceptable.

6. First Thing to Do – Another recurring problem for the offense is production on first down. I just did a quick count the offense gained 91 yards on 32 first down plays. That is an average of 2.84 yards per play. Seventeen of those plays gained 2 yards or less.  There were three penalties and 8 plays (25%) overall that produced negative yardage on first down.  Another way to look at it is their 4 best plays gained 64 of those 91 yards the other 28 gained 27 yards. Nothing on the offense is working as it should.

7. Can’t Let That Happen – After the Steeler tied that game at 7 the defense allowed the Bengals to go 75 yards in three plays. Yes, there are a lot of injuries and yes they were aided by an absolutely awful roughing the passer call but this cannot happen. Gains of 7, 19 and 34 yards was just, to use defensive coordinator Keith Butler’s parlance, too daggum easy. You could hear the squeal of the air leaving the balloon of hopefulness as Ja’Marr Chase accelerated by James Pierre.

8. Ice Bath, Party of One – Despite the drops, Najee Harris had a heck of a game. After 32 touches in the first two weeks he nearly equaled that against the Bengals. He had 28 touches for 142 yards, had over 100 yards receiving and set a Steelers record for receptions by a running back I the game with 14.  But man was he hit a lot.  Big guys at the line hitting him high and smaller guys in the open field hitting him low. He gave just about everything he had in this game.

9. White Washed – Congratulations to Cody White on getting his first chance to play and making the most of it. He caught both of his targets for 17 yards including an 11 yard reception on third and 10. Nice debut for him.  It took injuries to Diontae Johnson and Smith-Schuster to get James Washington to get just 5 of 58 targets in this game. He now has only 8 targets in 3 games with 5 receptions for 30 yards.  Maybe White can fill the role of Washington and the Steelers can see if there is any trade value for Washington.  I am a fan of Washington but it could be best for him and the Steelers if they can get a pick for him.

10. Help or Hurt – It’s a term used in golf to describe the wind. If it’s at your back its help, in your face it’s hurt. For this offense in its current state is Roethlisberger helping or hurting the offense? Either he can’t or won’t throw to the middle of the field. After a better game last week his accuracy was all over the place again and he’s going to get someone hurt with one of the high throws. He stumbled twice while trying to roll to his right. He refused to throw the ball away on at least three plays and while extending the play has been a trademark they’re now ending in negative plays. On his second interception he didn’t see the linebacker who intercepted it, threw into double coverage and the throw would have been behind the receiver.  The alternative may not be better and it could be worse but I’m not sure keeping him as the starter is best for the team.