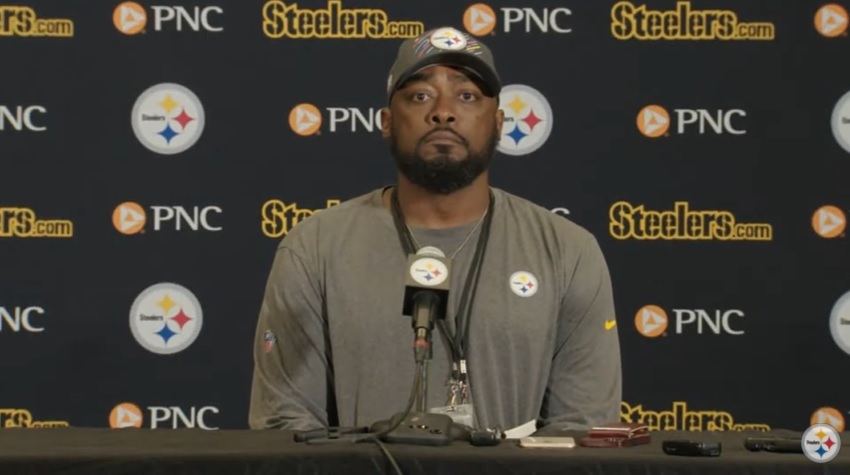 The Pittsburgh Steelers are off a bumpy, 1-2 start and seemingly have struggled in all areas. For Mike Tomlin, fixing things involve a broad, three-step approach. During his Tuesday’s press conference, Tomlin outlined three areas where the team can – and must – improve.

I don’t have a PowerPoint slideshow for you guys so I’ll just list out the three areas.

Tomlin explained what each area means and how it can be improved.

“We gotta continually do a better job as a staff to have an understanding what our strengths and weakness are from a personnel standpoint,” Tomlin said Tuesday via the team’s YouTube channel. “And play to our strengths and minimize our weaknesses. We haven’t done that well enough. That’s one of the reasons why we played the way we played on Sunday.”

There were just as many schematic issues in Sunday’s loss to the Bengals as there were individual and player problems. From a run game that stupidly ran into a brick wall to a defense that dropped Melvin Ingram into coverage over one-third of the time in the first half, players were not put in the best positions to win.

It led to the Steelers falling behind and playing catch-up the entire second half, causing Ben Roethlisberger to drop back more than 60 times. Very few teams win games like that.

Tomlin then shifted his focus to improving player skill.

“We also have to get the guys better fundamentally. And that’s skills relative to their positions. And that requires tedious work or repetition of routine action. And that’s what we’re doing in practice settings.”

Schematics are far from the only issue this team has. There have also been individual failures. Blockers not using proper technique and getting called for holding or a guy like James Pierre opening up his hips a little late and getting beat by Ja’Marr Chase for a 34-yard touchdown at the end of the half. Detail-oriented technique that can always be improved, especially for young players.

Then there’s the knowledge gap Tomlin outlined, something that will improve with time and experience.

The Steelers have a young team, especially in two key areas. Along the offensive line, starting two rookies, and in the secondary with names like Pierre and rookie Tre Norwood. Those players are all taking lumps along the way as they get more comfortable with and better understand the game. Unfortunately, there are plenty of growing pains the team – and fans – feel along the way.

Despite the poor start, Tomlin seemed optimistic things will get better.

That starts this Sunday in a tough test against the Green Bay Packers. Lose that game and the Steelers’ slim chances become even longer. Win that game and return to 2-2 and the tenor of the season may drastically change. But to beat Aaron Rodgers, each of those three prongs Tomlin has outlined – scheme, skill, and knowledge – must look a lot better than they have the first three weeks.