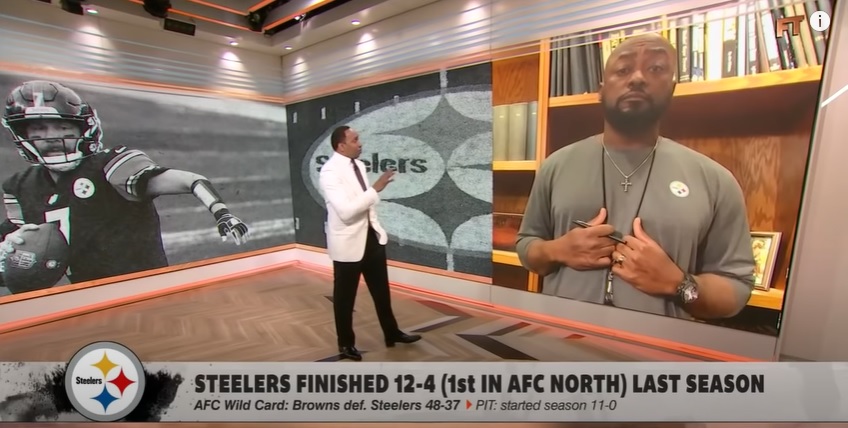 Had it not been for him sitting out the regular season finale, Ben Roethlisberger would’ve led the NFL in passing attempts last season. He still finished with the third most, slightly behind Matt Ryan and Tom Brady. Though Roethlisberger was coming off serious elbow surgery that could’ve ended his career, the Steelers asked him to throw, and throw, and throw some more. Mike Tomlin knows that wasn’t the plan but in speaking with Stephen A. Smith on First Take, admits the team didn’t have any other option.

During one stretch, Roethlisberger threw the ball 40+ times in five straight games. Over the course of one season, it’s tied for the sixth longest streak of games with 40+ attempts in NFL history. Here’s the list.

Most of that was a product of a league-worst run game. Which Tomlin freely admitted in the interview.

Consequences to that including a completely revamped offensive line, new offensive coordinator, new head and assistant offensive line coach, along with their first four picks spent on offense, lead by RB Najee Harris 24th overall. Tomlin’s goal is to get the run game out of the basement it dwelled in a year ago.

“Hopefully we’re not in that lane as this season develops this year. I know we’re not planning to be and we’re not building our program to be in that area.”

Their first big test comes out of the gate against a talented Buffalo Bills’ front, a defense that hasn’t allowed more than 55 yards rushing to the Steelers over the last two years.