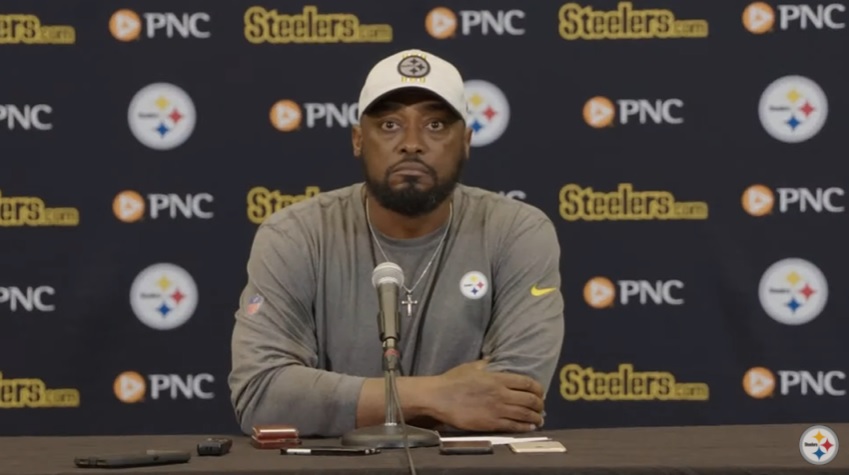 If Mike Tomlin was hoping no one would notice, it didn’t work. The Pittsburgh Steelers’ depth chart failed to list the nickel position on it, continuing the uncertainty about who will either slide into the slot or come onto the field to play it. Asked about a potential oversight, Tomlin said that was all according to plan.

“I did that by design because we got some options there,” Tomlin told reporters during his weekly Tuesday presser. “I choose to hold those cards close to the vest.”

Pittsburgh went into camp with three potential options inside. There was 6th round pick Antoine Brooks Jr, hoping to make an impact his sophomore year. There was veteran Arthur Maulet, signed during the offseason. And there was undrafted rookie free agent Shakur Brown, a highly touted UDFA from Michigan State. Fast forward to today and only Maulet remains on the roster, a largely quiet summer that saw him battle an ankle injury and get initially released by the team, thought quickly re-signed to the roster after some IR shuffling.

With no new face stepping up, it still makes the most sense for Cam Sutton to play inside. And Tomlin nearly said as much.

“Cam Sutton is a very capable guy who’s done that inside and it’s reasonable to anticipate that he’s going to do it in some form or fashion. But he’s also going to play outside as well. He’s done an awesome job of that during the team development process.”

Sutton will have a role in the slot. But will it be every single nickel snap? That remains to be seen. Throughout training camp, Tomlin talked up the idea of having different slot corners for different situations. Pittsburgh has searched for a Mike Hilton type of player, a quasi-linebacker who can hit and blitz, and perhaps Maulet or someone else (newly signed Karl Joseph is another option) can carve out some sort of role there. As the team has done for the last two months, everything remains on the table.

Odds are strong that in passing situations, Sutton will kick inside with someone else stepping onto the field at right corner. Presumably, that’s James Pierre, though the trade for Ahkello Witherspoon makes that a little less certain. The Sutton-to-slot choice has always been the Steelers best one. And the team has seemed to finally realize that, even if it’s mostly because they don’t have many other options.