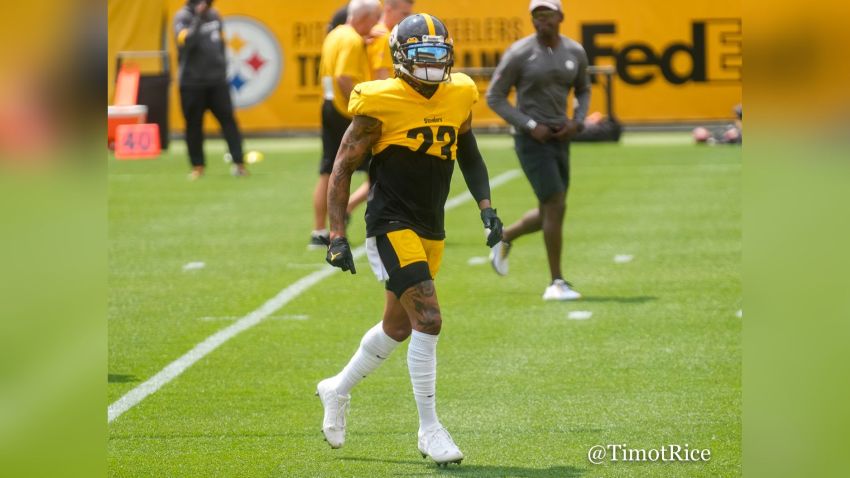 Tomlin appeared on his weekly Mike Tomlin Show with Bob Pompeani to discuss the job those guys have done mentoring teammates.

Fitzpatrick said as much, as we wrote about, in a recent appearance on the Pat McAfee Show.

“We have a couple new guys, Tre Norwood, James Pierre—he’s a year-two guy, played for us a little bit last year, that’s playing for us. Couple of new guys we got in camp. I think I’m definitely at the point where I’m taking them under my wing”.

That’s a smart, proven group of guys to learn from. The collective football IQ of Haden, Sutton, and Fitzpatrick is off the charts. Haden’s the elder statesman of the secondary. Sutton and Fitzpatrick still have their youth, 26 and 24 respectively, but their awareness of film study make them impact players.

Tomlin credited that team-first mentality as a big reason why cornerbacks like Pierre, who had an outstanding camp, are developing.

“Those veteran corners in that secondary, they’ve done an awesome job of putting their hand in the pile and making sure that he’s growing and reinforcing the things that we know are important. That they know are important due to their experience in the game. They share that urgency with him. And that allows all our young guys to grow in a big way.”

Pittsburgh’s had a major issue developing corners and safeties throughout the years. Perhaps it’s no coincidence the Steelers started getting better results when they added a veteran guy like Haden, brought in right before the 2017 season. Suddenly, players like Mike Hilton and Cam Sutton emerged while guys like Fitzpatrick took off once they arrived on scene. And an undrafted player like Pierre has begun to look like someone with starting potential.

Considering how many DBs put their hand in the pile in Week One’s win over the Buffalo Bills, seven of them logging 10+ snaps, that mentorship is paying off. A rising tide lifts all boats. And it’s making for one of the fiercest defenses in football.