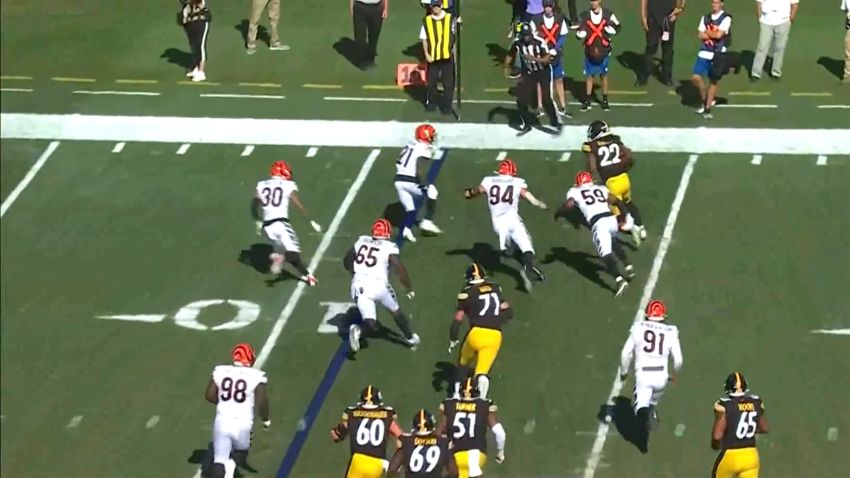 One of the most talked-about moments of Sunday’s game between the Pittsburgh Steelers and the Cincinnati Bengals was a 4th-and-10 play run by the Steelers in the waning minutes. The play game from the Bengals’ 11-yard line. They ran a swing pass to running back Najee Harris. They didn’t get anywhere close to the end zone.

“We had fired all of our bullets at that juncture in terms of some of our play selection”, head coach Mike Tomlin said of that play after the game. “It just wasn’t a good enough play to get in there. They had a picket fence, because of situations just like the conversation we were having over here. They’re going to allow you to probably throw and catch the ball in front of them, but you’ve got to do some things after that. They had a bunch of guys running along the goal-line like happens whenever it’s fourth and goal from the eight or nine or whatever it was”.

It wasn’t the first time in recent weeks that a coach or player had seemingly made reference to the offense having a limited number of players at their disposal in such a way that was found to be a hindrance. Given this, Tomlin was asked about the play again, and specifically if they needed to expand their playlist in the red zone.

“No, that’s just a snapshot of where we were at that moment. It was not a good day for us. We don’t run away from that”, Tomlin said in response. “If you want to use that moment to illustrate how poor a day it was, then it’s a good play to do so. I’m not concerned about our options or the size of our menu relative to any in-game circumstances. It was just a poor day for us, and that play is reflective of it”.

It is possible in theory to run a very successful offense off of a relatively small menu of plays. This is not the case in Pittsburgh by any stretch of the imagination. You have to be able to consistently run those plays very well, and be able to run them out of multiple looks in different contexts.

I’m not a coach. I don’t have a good feel for exactly how large of a menu the Steelers offense is operating under. But I’m less concerned with the number of different plays they can call than I am about how they are executing them.

From that perspective, it probably makes sense if they have a relatively small menu. If you can’t master a smaller set of plays, then putting even more on your plate isn’t going to make anything better. If anything, it will make your staple plays less effective with fewer reps.