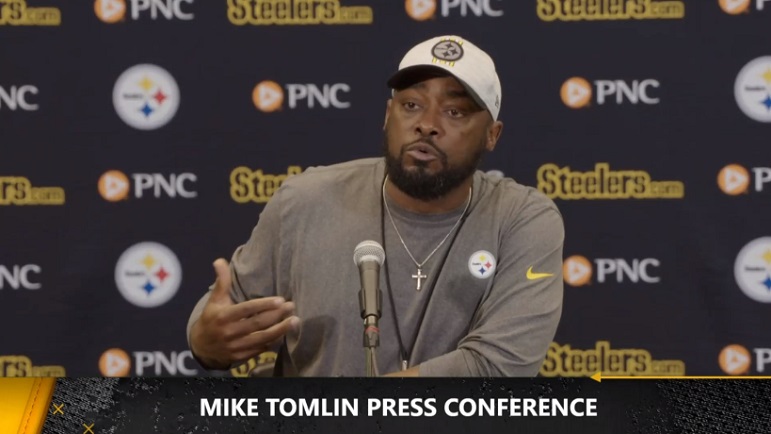 The Steelers seem poised to open up the 2021 NFL season with a total of six players on their Injured/Reserve list, with three of those being significant people in defensive end Stephon Tuitt, tackle Zach Banner and running back Anthony McFarland Jr. Other than those three main players, however, Tomlin expects all players currently on the team’s active 53-man roster to be available if needed against the Buffalo Bills on Sunday.

“From a health standpoint, man, I think we’re in a really good spot,” Tomlin said Tuesday during his weekly press conference. “All of the guys that are on the active roster I’m anticipating their participation tomorrow. And so I’m excited about that.”

Tomlin saying what he said should mean that inside linebacker Marcus Allen should be ready to play on Sunday against the Bills. Allen, by the way, was injured in the Steelers preseason finale against the Carolina Panthers a few weeks ago.

So, what’s the deal with Banner, who will start the 2021 season on the team’s Reserve/Injured list after looking like he has completed his comeback from the knee injury he suffered in Week 1 of the 2020 season? Did Banner have a setback with his knee and if so, is it more of a short-term or long-term thing? Tomlin addressed those sort of questions about the team’s starting right tackle on Tuesday.

“You know, that remains to be seen,” Tomlin said. “We’ll play it by ear. I know that he’s working extremely hard day to day to get back to us. You know, he sustained a significant injury and different guys come back at different rates. And that’s one of the points that we’ve stressed to him and to Devin Bush. You know, early on during the process, man, he [Banner] was dragging Devin along when I think back to the offseason. And obviously through the team development process, Devin has taken off and he [Banner] is not so much so. We’ll continue to work him. He’ll continue to work in an effort to get back to us and hopefully it’ll be sooner rather than later.”

Sooner rather than later is also the timeframe Tomlin is hoping for when it comes to Tuitt, who reportedly was placed on the team’s Reserve/Injured list to start the season due to a knee injury. Tomlin was asked about Tuitt’s knee injury and if it was something that he’s been dealing with for a while or not.

“You know, I don’t have the exact date,” Tomlin said. “Much like [Zach] Banner, you know, it’s unfortunate he won’t be available to us this week. Hopefully he’s back to us sooner rather than later.”

Tomlin was also asked about McFarland’s future status on Tuesday on the heels of the second year running back also being placed on the team’s Reserve/Injured list ahead of Week 1. Tomlin didn’t provide any real useful information when it comes to McFarland, the nature of his injury, or how long he’ll likely be out of action.

“To be honest with you, I hadn’t asked a lot of questions and that’s why I’m being somewhat vague about the guys that have been placed on IR,” Tomlin said. “I focus my energy on guys that are going to be in a helmet in the stadium this weekend. And so I’ll provide more information about those guys at a later date, or as they get closer to participation. I just hadn’t spent a lot of time asking questions about the availability of guys that I knew weren’t participating this week. So I don’t have a lot of detailed, accurate information, sorry.”

The Steelers first injury report of Week 1 for the team’s game against the Bills will be released on Wednesday after the team’s practice is over with. Players on the Reserve/Injured list will not be listed on that report so it sounds like it might be an empty or near empty list, according to Tomlin on Tuesday.