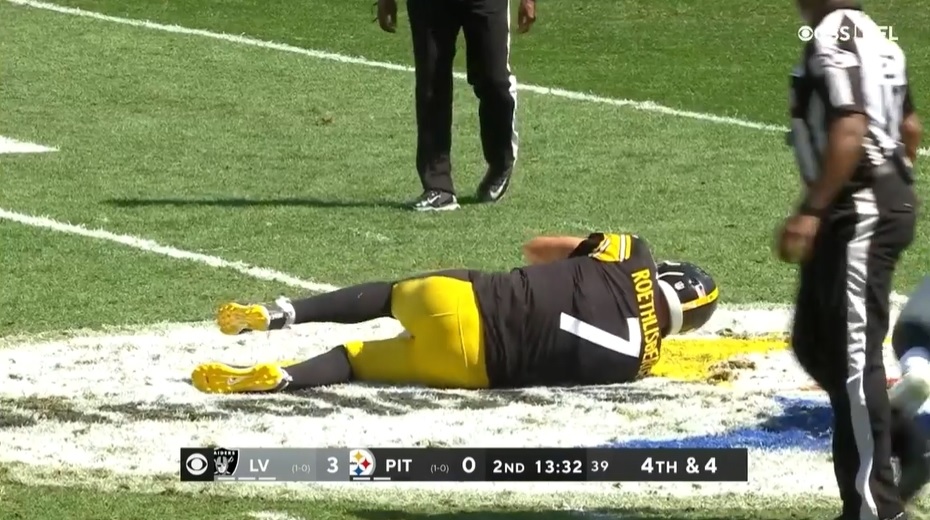 As tough as the Week Two loss to the Raiders was for fans, it was tougher still for QB Ben Roethlisberger, who was subjected to ten hits and two sacks.  And he hit the ground hard on a few of those.  In his weekly press conference today, Head Coach Mike Tomlin announced that Ben had a left pec injury and wasn’t sure when it happened.

We have seen pectoralis injuries that are season ending for many players, including Steelers defensive linemen Cam Heyward, who sustained this injury in November 2016 and came back better than ever the following year (and just keeps balling out), and Stephon Tuitt, who was having his best season ever in 2019 until his pectoralis injury required season-ending surgery and also returned to a huge season in 2020.

So what is a pec injury?  And what makes the difference between returning or needing season-ending surgery?

First, a quick anatomy review.  The pectoralis major muscle, more commonly known as the “pec,” is a large muscle located on the anterior chest wall. This broad muscle originates at the clavicle (collarbone), the sternum (breastbone), the ribs, and an extension of the upper part of the external oblique abdominal muscle.  The muscle fibers extend across the chest and attach to the upper humerus via the pectoralis tendon.  It plays an important role in shoulder function by providing internal rotation (rotating the joint toward the body) and adduction (bringing the arm towards the body).  The pectoralis minor is a much smaller muscle which lays behind the pec major, arising from the ribs and inserting into the scapula (shoulder blade) and helps to pull the shoulder forward and downward. 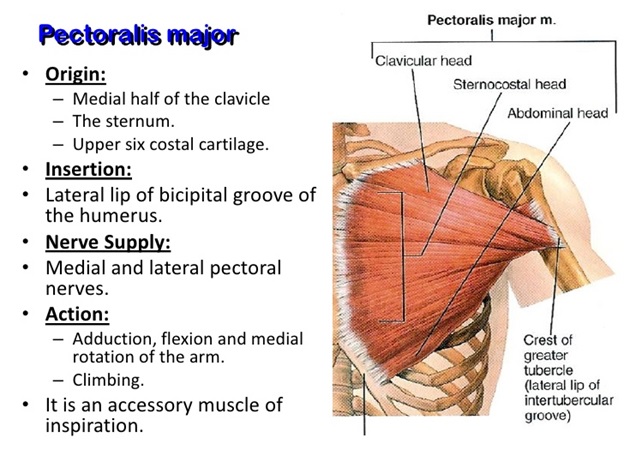 In other sports, such as football, the tendon can tear when there is extreme force on the arm while it is in an abducted, extended, and externally rotated position or with severe traction on the arm.

Given the number of times Roethlisberger got hit, it’s a pretty safe bet that his left pec injury occurred when he hit the ground on his left side, like this shot he took in the second quarter:

And considering that mechanism, it’s likely that it’s not a rupture of the tendon, which would be much more serious.

A majority of pec injuries occur in defensive players (as high as 80% in one review), so what about QBs?  It’s actually pretty rare.  In a 2004 study published in the American Journal of Sports Medicine using the NFL Injury Surveillance System (NFLISS), all reported injuries to quarterbacks between 1980 and 2001 were identified.

With a rupture of the pectoralis muscle, it’s typical to experience a sharp tearing sensation and there will be resistance when trying to rotate the arm forward. The shoulder may also be painful and weak.  A less severe tear may just cause pain with movement or tenderness on contact.

The diagnosis can usually be made just based on clinical exam.  There can be extensive bruising and the pectoralis muscle retracts medially with a major tear but a lesser tear may not be identified on exam, other than tenderness to palpation due to bruising and soft tissue swelling.  An MRI is used to confirm the diagnosis and assess the extent of the muscle damage.

If the tendon has been torn away from the bone, surgical treatment is recommended, especially when it involves high-level athletes.  Surgery yields excellent results as far as return to pre-injury strength.  A study in the British Journal of Sports Medicine compared the results of operative and conservative management and found that “in patients who had surgical repair, peak torque returned to 99% of that of the uninjured side and work performed returned to 97%. For those managed conservatively, peak torque and work performed returned to only 56% of that of the uninjured side”.  The study mentioned earlier that looked at pec injuries in the NFL from 2010 to 2018 showed no change in the PFF scores of players prior to injury and following return to play.

So what about return to play if no surgery is needed?  We have an example from last year.  In the season opener against the New York Giants, Right Guard Stefen Wisniewski was filling in for an injured David DeCastro and sustained a pec injury.  He was placed on injured reserve but was cleared to return to practice on October 14th, exactly four weeks after his injury.  He was activated prior to the 21 day deadline but was released three days later and then signed by the Kansas City Chiefs.

The general consensus at the time was that Wiz had recovered well but that the Steelers let him go because the team had confidence in Dotson as a backup.  In December of that same season, both Guards Matt Feiler and Kevin Dotson sustained pec injuries in the same game.  Dotson missed one game and Feiler was placed on IR, getting activated for the playoffs after missing the required three games.

Given how rare an injury this is for NFL QBs, there isn’t any data on recovery time specific to the position.  A pec injury is a more challenging injury for a lineman than a QB, depending on which side is involved.  Since the injury is to Ben’s left pec, his non-throwing side, I expect he will have significant pain but it may not affect his performance.  It all depends on the extent of the muscle tear…and whether his O line can protect him.  We’ve seen Ben play through painful injuries over the years and never complain and I suspect that’s what we’ll see next Sunday.