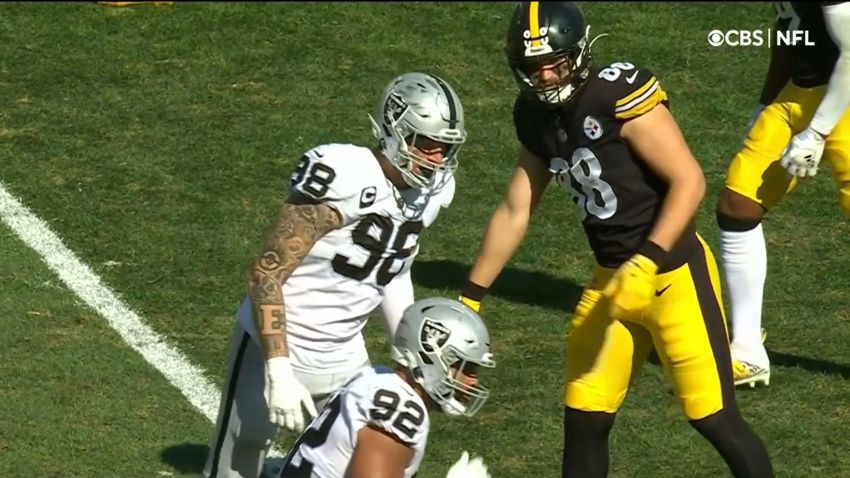 It was obvious how much the Pittsburgh Steelers liked Penn State tight end Pat Freiermuth long before they actually took him in the second round of the 2021 NFL Draft. Tight ends coach Alfredo Roberts personally worked him out at his Pro Day, and their interactions showed a genuine connection.

So it was completely unsurprising when they actually drafted him, though it is perhaps mildly surprising the extent to which he is already contributing. The rookie has already been a bigger factor for the offense than has veteran Eric Ebron, and not just because he has outsnapped him in each of the first two games. Not that head coach Mike Tomlin, who named them co-starters, views it in those terms.

“Much like the outside linebackers, I’m not gonna come in here and carve out snap distributions to you guys and explain it week in and week out”, he told reporters yesterday. “We’ve got viable players, some at the same position, and we’re gonna utilize all of them. I really want to highlight their individual talents, whatever they maybe, whether it’s matchup-related or whether it’s schematics or the things that we’re trying to do”.

Freiermuth has caught five passes on the season thus far on five targets, producing 60 yards of offense, doing so on 62 snaps, which accounts for more than half of the snaps that the Steelers’ offense has been on the field so far this season. But perhaps more notably, he has already been an asset—though not without warts—as a blocker.

“Pat, like all the other young guys that we’ve been talking about, is really getting better with each opportunity, and it’s reasonable to expect that to continue”, Tomlin said of his young tight end. “He has been a really positive contributor to our efforts thus far, so I’m excited about what the short-term and the long-term future holds for him”.

You may have heard by now that the Steelers have four rookies in the starting lineup on offense, including first-round running back Najee Harris, third-round center Kendrick Green, and fourth-round left tackle Dan Moore Jr.

All four of them have been basically what you would expect at this point of their careers—guys who are capable of flashing their pedigree, but who are very much still in development and figuring out how to play at this level, in this system…with a bunch of guys who are in the same boat.

Just in case anybody is wondering, Ebron has one reception on the season on four targets for 19 yards, with one drop, according to Pro Football Focus. He has played 51 snaps thus far, logging 24 on Sunday after seeing 27 a week earlier.