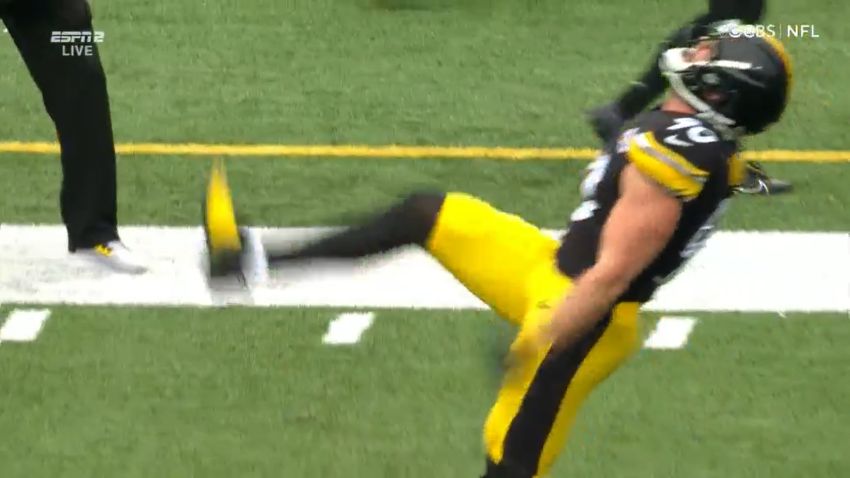 The Pittsburgh Steelers invested an extra $112 million, with $80 million guaranteed in total, into veteran outside linebacker T.J. Watt just a handful of days ago. The fifth-year man only began participating in team practices last week. You wouldn’t really know it watching him play against the Buffalo Bills on Sunday.

While there were times that he came off the field—as should be expected, when you have a rotation with Melvin Ingram as your third pass rusher—the snaps that he did have on the field did not look like somebody who needed time to play his way into shape, and not just because he had a big strip sack on Josh Allen on the cusp of field goal territory.

Watt declared when speaking to reporters late last week that he’s “built for this”—of the pressures of being the highest-paid defensive player in NFL history, of the guy everyone looks to to step up and make the plays that need to be made.

That seemed incongruous with his not participating in practice, but the reality is that he did what he, personally, needed to do. He knew the level of work, and the nature of work, that he had to put in to get himself prepared.

Watt was involved in the process in every way this offseason, outside of OTAs, minus the on-field team practices. He did work on his own on the side of the field, putting in the cardio that he needed. He worked with the team’s strength and conditioning staff and monitored himself over the course of that time to make sure that he was keeping in shape while he waited for his contract to be completed.

The only thing that he really missed was the padded practices. Defensive coordinator Keith Butler talks about the importance of getting into ‘hitting shape’, and that the only way to do that is to start hitting. Watt only had a couple of practices in pads before he was hitting. But, again, there were no indications of that negatively affecting him.

He would get himself another sack in the second half, and closed out the game with a total of five quarterback hits—the only player on either side of the ball, except, bafflingly, Cameron Sutton, credited with more than one—showing that he would need no warm-up period.

Watt led the NFL with 15 sacks in 15 games last season. He already has two, with a forced fumble, in his first game during the 2021 season. Chandler Jones of the Arizona Cardinals already got five sacks on Ryan Tannehill today, so he’s already in a distant second to repeat as the league leader, but you can’t ever complain about ‘only’ getting two sacks and five hits in a game.