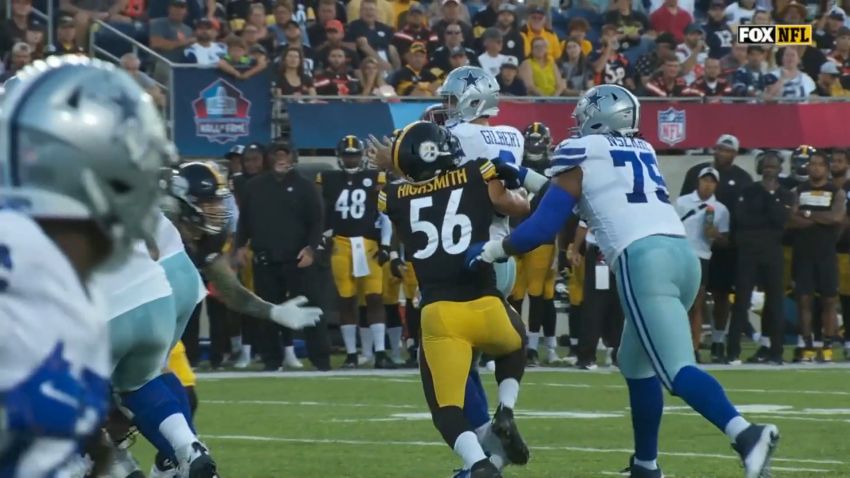 The Pittsburgh Steelers updated their injury report on Saturday and that move included very positive news for outside linebacker Alex Highsmith.

#Steelers LB Alex Highsmith has been removed from the status report (designated as Questionable on Friday) and will play on Sunday vs. the Buffalo Bills.

According to Burt Lauten on Saturday, Highsmith, who was listed as questionable on the team’s Saturday injury report after practicing fully earlier in the day, has now been removed from the report altogether as the team leaves Pittsburgh to play the Buffalo Bills on Sunday.

Highsmith, who is now expected to start on Sunday against the Bills, initially showed up on the Steelers Wednesday injury report as limited with a groin injury. The Steelers’ second-year outside linebacker out of Charlotte had a fantastic preseason.

Highsmith was the only Steelers player to end the week with a game status designation on the team’s injury report as defensive tackle tackle Tyson Alualu (elbow) and center Kendrick Green (thumb) both ended the week in good shape after practicing fully on Friday. Wide receiver James Washington (finger) is also expected to play on Sunday against the Bills after being added to the injury report on Friday as a limited practice participant.