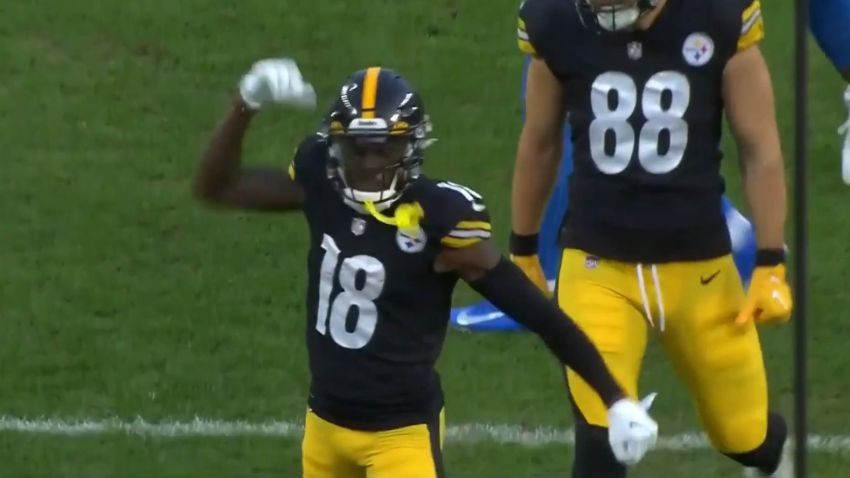 It wasn’t a banner day for the Pittsburgh Steelers’ offense, or the prettiest day when it came to final stats and making splashy plays during the game. And the Pittsburgh Steelers don’t care. In the debut of a new gameplan under coordinator Matt Canada and the first game with a new offensive line and running back, the Steelers earned a 23-16 victory over the Buffalo Bills Sunday, which was the only thing the team was concerned about on the offensive side of the ball.

“We’re not worried about style points. We’ll let you guys write whatever stories you want to write, man,” head coach Mike Tomlin said after the game. “We knew it would be tough sledding. They got a great defense. They got continuity not only in players, but schematics. We’re playing them in their place. We had a bunch of new pieces. We weren’t style point-oriented today. We just had to win this game.”

The win, an upset for the Steelers given Buffalo’s status as one of the top Super Bowl favorites in the AFC, came with 252 yards of offense for Pittsburgh, over 100 fewer than the Bills’ 371. The Steelers averaged fewer than three yards per rush (discounting a 25-yard carry by Chase Claypool, the lone rush not taken by Najee Harris or Ben Roethlisberger) in the game, and had only 177 yards passing on 32 attempts.

The offense did come through when needed, though, specifically on an outstanding catch in the end zone by Diontae Johnson that immediately proceeded a blocked punt return for a touchdown that gave Pittsburgh it’s first lead of the game and resulted in a 20-10 advantage in the fourth. The broadcast team also lauded the team’s new-look offensive line, which was pieced together featuring four new starters and gave up only two sacks in the contest.

It wasn’t a 400-yard game through the air or a 100-yard rushing day in Harris’ debut for the Steelers. But Pittsburgh’s offense came through in the final quarter when it was needed, and the team picked up the victory. In the first game of the season and against a favored opponent, that was all Tomlin and the team cared about.