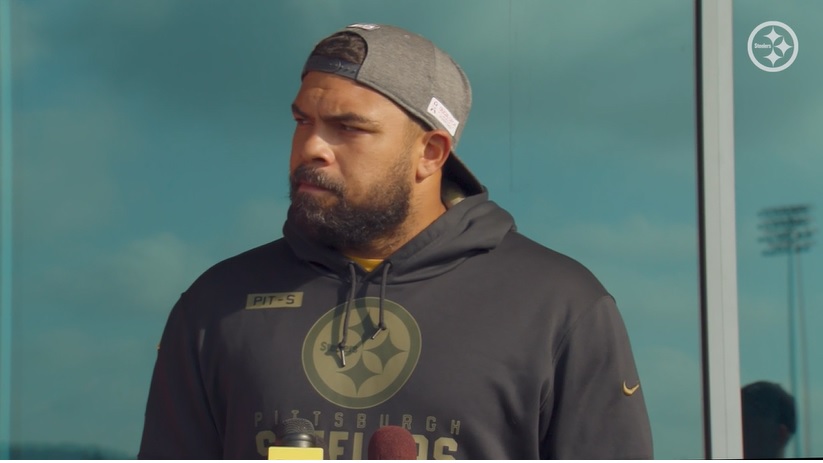 There’s a reason why the Pittsburgh Steelers have recorded 50+ sacks in four straight seasons. Ok, there’s a lot of reasons. First, it’s talent. Second, it’s scheme. To the latter point, few teams blitz and stunt as well (or as often) as this Steelers’ defense. The continuity the team has had up front is allowing guys like Cam Heyward to call those kinds of things on the fly.

Lost in a sea of questions about T.J. Watt’s contract, Heyward was asked if the defense has worked to add new stunts and blitz combinations to their repertoire.

“This league is a copycat league,” Heyward said via Steelers.com. “Some people take stuff from other places. For us, it’s become more comfortable. We’re able to call it and understand what it takes to apply it on the field. Down and distance wise, situational wise, and just what they’re giving to you. We’re a team who likes to find a duck in the offensive line. And we like to exploit that.”

That “duck in the offensive line” comment is very similar to the “fish of the week” remark defensive line coach Karl Dunbar made years ago prior to being hired by Pittsburgh. Here’s what we wrote about him back in 2018.

“During the week, Dunbar wants to create motivation and some competition among his group. Each week, they would pick out a “fish of the week,” that is, the opponent’s weakest offensive linemen that the DL expects to win against. And he wants to motivate his group to think they’re the best in the league.”

Heyward has been one of the league’s most effective crashers on stunts, using veteran savvy to occupy both blockers and free up his ROLB, which has most often been Bud Dupree.

Love the subtle vet move from Cam Heyward on the T/E stunt. Bump Bolles off track so he has no chance to work back to Dupree. Freed him up for the sack/fumble. pic.twitter.com/seJnVmnElG

Did it again Sunday. Bumps Wills and grabs back of jersey with his outside hand to ensure he occupies both blockers. Dupree comes in clean as the looper on the stunt. #Steelers https://t.co/o1RaVVo6It pic.twitter.com/UscacNDKob

With Dupree gone to Tennessee, Heyward will be primarily working with Alex Highsmith on those types of twists and games.

The Steelers’ pass rush is when you combine great talent and a great scheme. One that keeps offensive lines on their toes and forces them to play perfect. When they don’t, guys like Heyward make them pay.