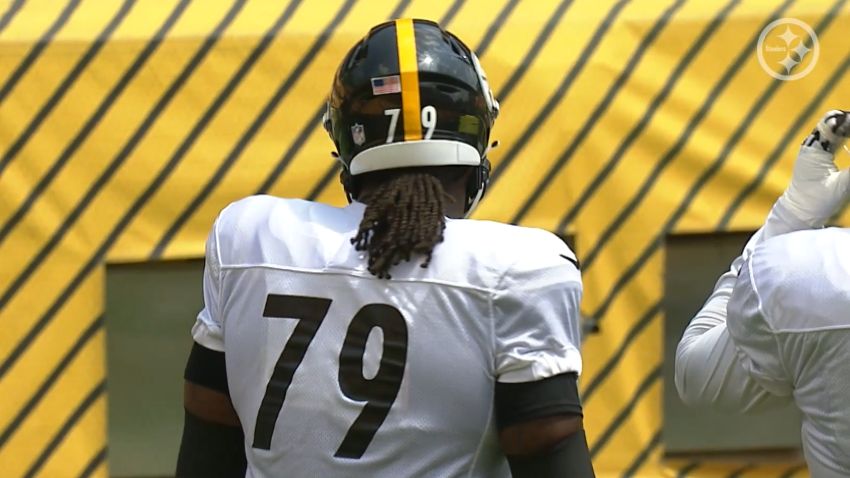 The Pittsburgh Steelers’ initial 53-man roster won’t stay the same long, as the team will be signing guard Rashaad Coward back after terminating his contract on Tuesday, according to a source.

Coward, who did not need to clear waivers on Wednesday due to his accrued years in the league, played both guard spots for the Steelers during training camp and the preseason. The Old Dominion product signed with the Steelers earlier in the offseason after the Chicago Bears decided not to restricted tender him.

Before signing with the Steelers this offseason, Coward had spent his career with the Chicago Bears after going undrafted in 2017 out of Old Dominion. He began his career as a defensive end before being moved to the offensive line for the 2018 season.

Coward has started 15 career games in the NFL to date, all coming the past two seasons. Five of those came in 2020, coming between Weeks 6 and 10. Outside of those starts, he logged just seven offensive snaps the rest of the season.

The Steelers entered Wednesday morning with just eight offensive linemen on their 53-man roster. The team will need to make a corresponding move once Coward is re-signed, and that move could be defensive end Stephon Tuitt being placed on the team’s Reserve/Injured list with a knee injury.