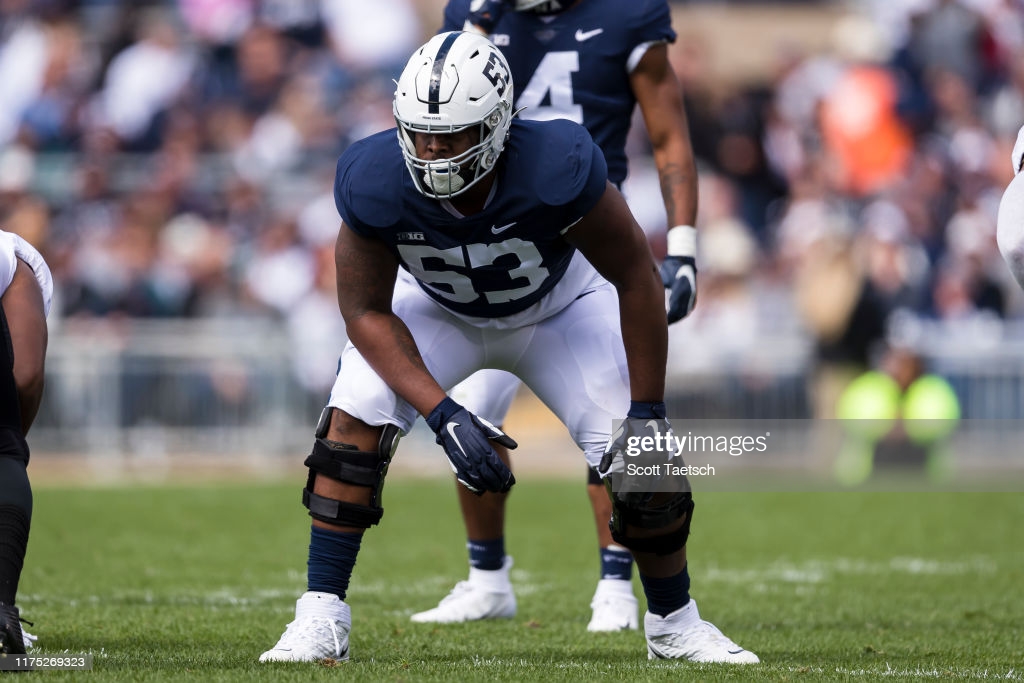 After a disappointing loss on the road to Virginia Tech in Week 1, he got a “get right” game at home against an inferior Georgia State squad that the Tar Heels rolled. In Week 3, North Carolina got into a shootout of epic proportions against the Virginia Cavaliers, winning the game 59-39. Howell had a great performance in the victory, completing 14-of-21 pass attempts (66.7%) for 307 yards and five touchdowns with one INT.  Howell also showed off his capabilities on the ground, rushing the ball 15 times for 112 yards (7.5 YPC). This actually was Howell’s second consecutive performance where he broke the century mark on the ground, notching 104 yards on 11 carries against Georgia State the week prior.

Howell looks to have settled in after a shaky performance opening up the season in Blacksburg, VA in a hostile environment, displaying the arm talent and playmaking ability outside of the pocket that made him a highly-touted prospect coming into the 2021 college football season. It was reported earlier this week that GM Kevin Colbert made a stop at Chapel Hill to meet with HC Mack Brown and observe some of the potential draft prospects. Given the potential need at QB for the 2022 NFL Draft should Ben Roethlisberger retire after the season, it would be safe to assume that Howell is clearly on Pittsburgh’s radar and Saturday’s performance should only help boost his draft stock.

One of the biggest knocks I had on Corral coming out of our Summer Scouting Series done here by Steelers Depot what his decision making and tendency to force the ball into turnover-worthy situations. Through three games, Corral has shown a huge improvement in ball security and decision making, having no INTs after throwing 14 last season. He has also been efficient with his passing as well, most recently completing 23-of-31 passes (74.2%) for 335 yards and three touchdowns against Tulane in a 61-21 rout. What may be more impressive was Corral’s contributions on the ground, throwing in 68 yards on 13 attempts (5.2 YPC) and a whopping four scores with his legs.

Corral has impressive mobility for the QB position both as a passer extending the play to look for options down the field and as a runner on designed runs and when flushed from the pocket. Combine that with his superior arm strength and propensity to make those crazy off-platform throws the likes of Patrick Mahomes, Zach Wilson, and Aaron Rodgers have made the norm in today’s NFL, Corral is setting himself up to be highly sought after come draft day in the spring. The thought of dropping in a young, mobile quarterback with the arm talent Corral has in OC Matt Canada’s offense is extremely tantalizing, and Steelers fans should continue to monitor Corral’s season heading into SEC Conference play.

The primetime matchup of Penn State vs Auburn featured some great talent from a draft prospect perspective Saturday night. One player that stood out with his performance was Penn State LT Rasheed Walker. Walker has been often brought up in national media circles as one of the top OT prospects heading into the 2022 NFL Draft, and he defended that praise in Happy Valley Saturday night against the opposing SEC defensive front. Walker looked more than comfortable against the Auburn pass rush, playing with active hands and feet in pass protection, keeping his QB clean to hit his receivers down the field to keep the chains moving.

What stood out to me more about Walker’s performance was his play in the run game as he regularly displaced defenders off of the line of scrimmage, including an impressive down block on the goal line to pave a big hole for the go-ahead score in the fourth quarter. Standing at 6’6, 320lb and having the pedigree as a top recruit coming out of high school, Walker passes the eye test as a prototypical tackle prospect that will be highly sought after by NFL teams looking to shore up their offensive lines. Should Pittsburgh want to fortify the OT position with Chukwuma Okorafor’s deal expiring after this season and Zach Banner’s long-term outlook with the team up in-the-air, Walker should be highlighted going forward.

While his team may have taken the loss on Saturday afternoon, Florida CB Kaiir Elam did everything in his power to help almost pull of the upset against the top-ranked Alabama Crimson Tide in Gainesville. Elam finished the afternoon with two tackles on the day, but did a great job blanketing the receivers of the Crimson Tide, getting some key pass breakups to prevent big gains in the passing game. Elam’s day wasn’t perfect as he did have a missed tackle that ended up leading to a touchdown for Alabama, but it appeared to be more of a technical issue as he has been known for being a physical run defender that will come up and hit you along with what he does in coverage.

Going into the game against Alabama, Elam recorded 54 coverage snaps, but only allowed two catches (on three targets) for a grand total of 18 yards along with an INT against South Florida. The pre-season buzz surrounding Elam appears to be justified three games in to the 2021 campaign and with a full slate of SEC action yet to be played, Steelers fans should have Florida games circled to watch and evaluate Elam as a potential replacement for Florida Gator alum Joe Haden who is in the final year of his deal and has yet to receive confirmation that he will be able to re-sign with the team this offseason.

What are your thoughts on the names mentioned above as potential targets the Pittsburgh Steelers could have interest in lead up for the 2022 NFL Draft? Who are some names of other prospects that had a good week that you think the team may be interested next spring? Please leave your thoughts in the comments section below and thanks again for reading!