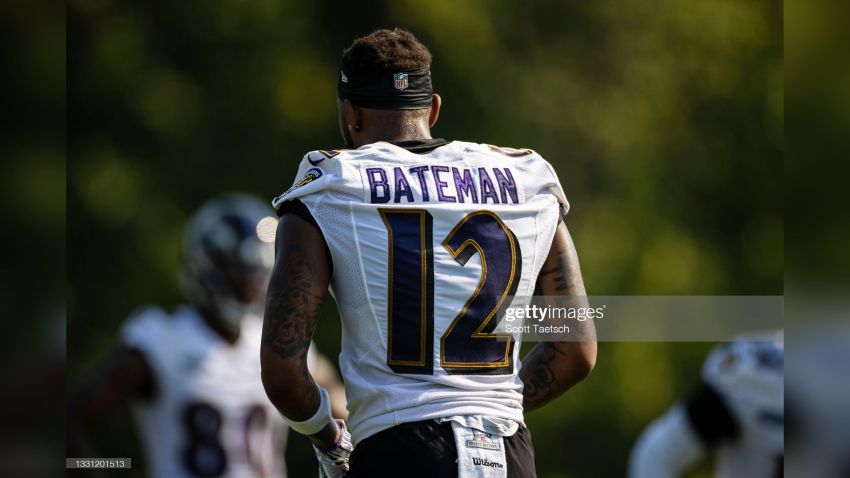 While Pittsburgh Steelers fans are obviously concentrated on the roster moves their own team made yesterday, particularly with regard to the placement of Stephon Tuitt, Zach Banner, and Anthony McFarland on the Reserve/Injured List, the Baltimore Ravens were also among the many teams around the league making significant additions to the reserve list.

This will require both to miss at least the first three games of the season, of course. Bateman was projected to start alongside Marquise Brown and free agent signing Sammy Watkins. Both Brown and Watkins have missed extended practice time as well, with Brown returning to practice this week for the first time since early in training camp.

Bateman suffered a groin injury last month on August 10 and underwent a procedure to repair the damage, but could return at the end the earliest window. Boykin has also been sidelined since early August, dealing with a hamstring injury.

With Brown and Watkins on their way back, Baltimore’s other wide receivers are Devin Duvernay, James Proche, and Tylan Wallace. Duvernay and Proche are second-year players, drafted in the third and sixth rounds, respectively. Wallace is a rookie fourth-round draft pick.

Teams were not permitted to make these moves until after the end of the working day yesterday, so, like Steelers head coach Mike Tomlin, Ravens head coach John Harbaugh had to walk a fine line with reporters when discussing the pending IR moves.

“The best way I could say that is that those roster moves are an ongoing process”, he told reporters yesterday. “I don’t think it’d be good to comment on them right now. They’ll play out in the next couple of days. Really, it’ll be ongoing throughout the season with the way you work your roster”.

In addition to the five wide receivers who are on the 53-man roster, and the two now on the Reserve/Injured List, the Ravens also have two more receivers on the practice squad, both first-year players in Binjimen Victor and Jaylon Moore.