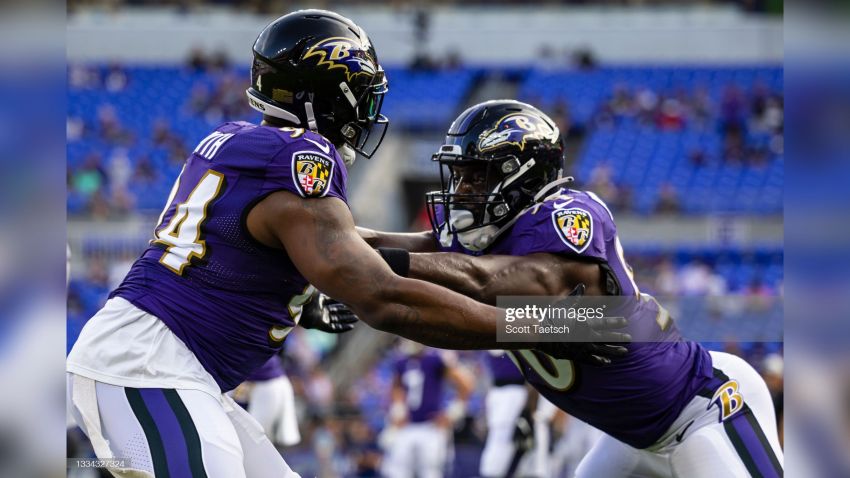 COVID-19 remains a factor in our daily lives. It is something that all must navigate, and that includes the subject of our interests, the Pittsburgh Steelers and the National Football League. Today, one of the Steelers’ chief rivals, the Baltimore Ravens, provided us with a reminder of these facts, placing several players on the Reserve/COVID-10 List.

It was previously reported that a player on the active roster had tested positive, and that player was reported to be outside linebacker Jaylon Ferguson. He was one of four players placed on the List today, along with fellow outside linebacker Justin Houston, as well as defensive linemen Brandon Williams and Justin Madubuike.

We have placed Brandon Williams, Justin Madubuike, Justin Houston and Jaylon Ferguson on the Reserve/COVID-19 list.

While the circumstances of the other three players have not been reported on, individuals who are fully vaccinated do not have to quarantine if deemed a high-risk close contact under the current NFL COVID-19 Protocols. The fact of their being placed on the list means that they have either tested positive themselves, or were close contacts of Ferguson (which is quite likely, given their positions), but are not fully vaccinated.

Given the timeline, it is a virtual certainty that all four will now miss the Ravens’ third game of the season, this Sunday against the Detroit Lions. Even for close contacts, there is a minimum five-day isolation period required from the original test, and assuming that test came yesterday or today, it would be impossible for them to return by Sunday.

It is notable that Derek Wolfe is also out, so that means the Ravens will be without three of their starting front four with Williams and Houston now on the Reserve/COVID-19 List. They are also down to just three defensive linemen on the 53-man roster for Sunday’s game: Calais Campbell, Justin Ellis, and Broderick Washington. And they don’t have any defensive linemen on their practice squad.

For linebacker, the Ravens still have rookie first-round pick Odafe Oweh, as well as Tyus Bowser, veteran Pernell McPhee, and Daelin Hayes. But McPhee did not practice today after showing up on the injury report with a shoulder injury, and is listed as questionable.