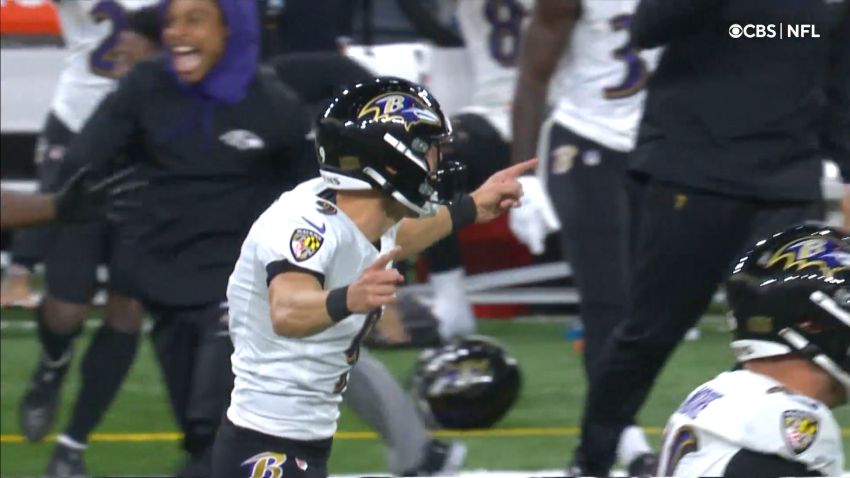 I don’t think there can be much coherent argument at this stage of the game against the idea that the Baltimore Ravens’ Justin Tucker is anything but the greatest kicker to ever play the game of football. There is nothing required of the position that he isn’t capable of doing, and typically better than anybody else.

Not only does he boast the best field goal percentage in NFL history, he also has only of the strongest accurate legs of all time. He came into yesterday’s game with 42 career makes on attempts of 50-plus yards, out of 60 attempts, hitting on more than two-thirds of his attempts.

And he added the longest in NFL history yesterday, bouncing a 66-yarder on top of and over the crossbar, which secured for the Ravens a 19-17 victory in the waning seconds on the road against the Detroit Lions. It is his second 60-plus-yard field goal, and it was longer than anybody else had ever completed in a game before.

But it shouldn’t have even been attempted. On the play the Ravens ran before that, there was a clear delay of game infraction that was not called. I think even casual observers know that there is generally a grace period when it comes to throwing a flag once the clock hits zero, but watching the replay of the game, the ball was snapped well after more than a full second had passed since the play clock hit zero.

The Justin Tucker game-winning kick from 66 yards never should have happened. According to CBS broadcast graphic, this should have been a delay of game on Baltimore on the play before the field goal. #Lions #Ravens pic.twitter.com/YnVOuC3KXX

For posterity, this will be relevant for the fact that it enabled Tucker to make the longest field goal in NFL history—post-game, he said that he wasn’t even hitting from 65 yards, that he couldn’t make the ball ‘go’, and this one literally bounced off the crossbar, so he certainly wasn’t going to hit from 71.

But the significant thing here is that is almost surely literally changed the outcome of the game. Would the Ravens have even attempted a 71-yard field goal in a game in which Tucker wasn’t hitting from 65 pregame? Probably not. And the odds of a successfully Hail Mary touchdown are not great.

This failure to flag the Ravens for a delay of game penalty cost the Lions a win, though as they always say, if you leave the fate of a game in the hands of the officials, it’s your own fault. Still, when you can literally correct just one call at the very end of the game and change the outcome, it sticks out.

“Tomorrow, you’ll get an apology, and it doesn’t mean anything”, Lions head coach Dan Campbell said after the game. “That’s life, and that’s the hand we were dealt. We still had an opportunity to — that was fourth-and-long (a few plays earlier), a long way to go, and we gave it up”.

With the NFL now all in on gambling, frankly, they’re going to have to have to take the precision of officiating more seriously, with the potential for so much money to change hands on the whim of very avoidable human error.

Setting all of that aside, however, you can’t take away the fact that it was a hell of a sports moment full of stakes and drama.