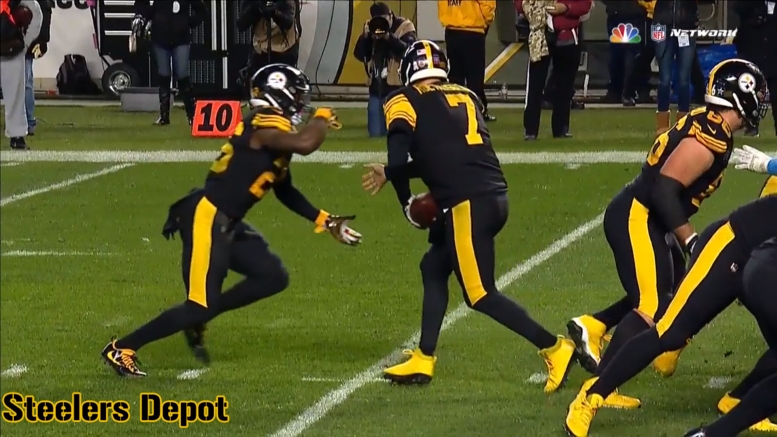 If there is one thing that has people optimistic about the potential for the offense to be better for the Pittsburgh Steelers this season, it is the fact that they have made changes to the coaching staff that fans hope will address some of their shortcomings of the past several years—particularly in their predictability.

While that was a common theme under Bruce Arians, and developed further under Todd Haley, it reached its nadir with Randy Fichtner over the past two seasons. Now he’s gone, and Matt Canada is in his place, promising to introduce the greatest amount of change Ben Roethlisberger has ever experienced from one season to another in his career—or so is the hope.

At least, he’s going to have to be more open to running play action, maybe even some rollouts and things like that. New quarterbacks coach Mike Sullivan spoke to reporters at length yesterday about the advantage they hope play action can set up for them this year, as well as how they must be vigilant in properly setting it up to work.

“The benefits, I think, first and foremost, are opportunities to make the defense have to defend the entire field”, he said. “And that seems like a simplistic way of explaining it, but if we can have a compliment of the run and the pass game, it certainly creates those shots that everybody talks about down the field. But even just the four-yard completion, the short catch in long run, now they have to be aware of that. That creates more of your two-high type coverages that can help us run the ball”.

Obviously, the run game has been a concern as well, and they have tried to address that by drafting Najee Harris in the first round, who should be a boost both to the ground game and the passing game. Defenses will certainly have to respect the threat of him running the ball, even if they don’t respect the offensive line.

“What we’re looking for is a sameness and likeness” in meshing the play calls, Sullivan said. “We have to have runs that marry that and passes that marry the runs and so forth. I think the challenge of that is just making sure that we’re smart as coaches in terms of matching things up”.

He also stressed the importance of being versatile and not married to one specific play in a given look. “There are certain play actions that are great versus single-high or great versus quarters”, he said, “but guess what, if we get Cover 2, you throw the checkdown, especially a guy like number 22, that can be a huge gain as well. So we’re excited about where that’s headed”.

As for the fans, even the more optimistic ones are in a wait-and-see mode. The preseason is the time for big talk about change, but most plans are abandoned by the time the regular season begins, if not soon after.